A team from the Computer Science and Artificial Intelligence Laboratory at MIT have created the “SoFi” of Fiji, a soft robotic fish that collects data about the sea creatures of the coral reefs in Fiji while swimming alongside them. 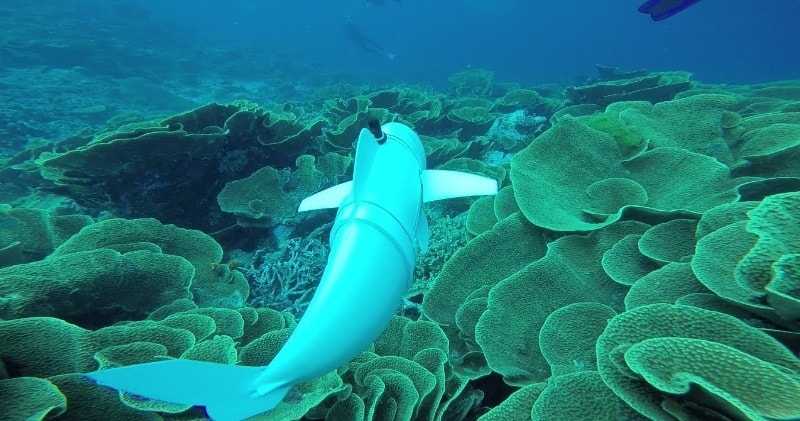 The SoFi is able to move quickly and smoothly due to its undulating tail and a human at the controls.Made of silicone rubber, CSAIL’s “SoFi” could enable a closer study of aquatic life.The authors also report that the robot can handle water depths of about 60 feet, and appears to swim alongside real fish without spooking them.

Using its undulating tail and a unique ability to control its own buoyancy, SoFi can swim in a straight line, turn, or dive up or down. The team also used a waterproofed Super Nintendo controller and developed a custom acoustic communications system that enabled them to change SoFi’s speed and have it make specific moves and turns.

SoFi has the potential to be a new type of tool for ocean exploration and to open up new avenues for uncovering the mysteries of marine life.They also plan to soon use the on-board camera to enable SoFi to automatically follow real fish.