Kay Lawson is a Xolo breeder and AKC judge. She is the head judge for the Xoloitzcuintli breed. In the episode of All About, Kay takes us from A to Z in regards to the Xolo. 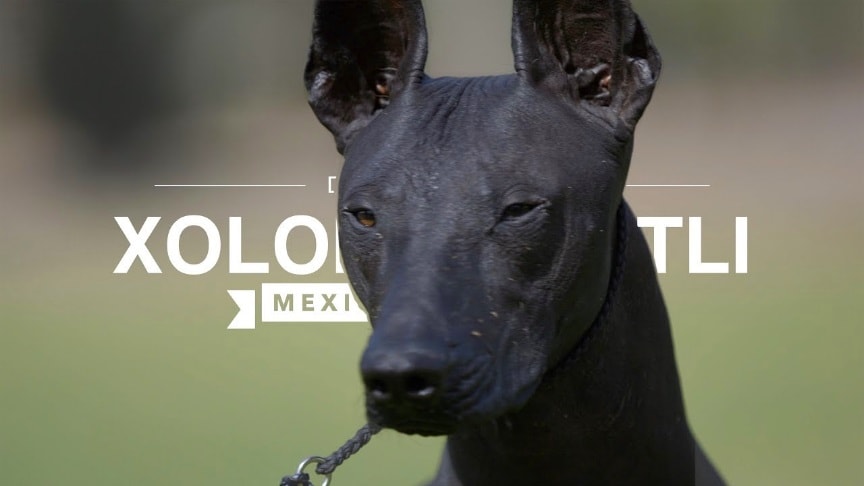 The Xoloitzcuintli or Xolo for short, is a hairless breed of dog, found in toy, miniature, and standard sizes. The Xolo also comes in a coated variety and coated and hairless can be born in the same litter. Watch the video from Dogumentary TV for more info:

It is characterized by its sparse hair coat and a severe oligodontia. This phenotype is a consequence of Canine Ectodermal Dysplasia caused by a mutation on the Foxl3 autosomal gene. It is also known as the Mexican hairless dog in English-speaking countries and is one of several breeds of hairless dog.

A 1999 genetic study using mitochondrial DNA found that the DNA sequences of the Xoloitzcuintle were identical to those of dogs from the Old World, and did not support a New World domestication for this breed. This early study did not find a close genetic relationship between Xoloitzcuintle and the Chinese Crested Dog, another hairless breed that is cited by the American Kennel Club as an ancestor to the Xoloitzcuintle./wikipedia