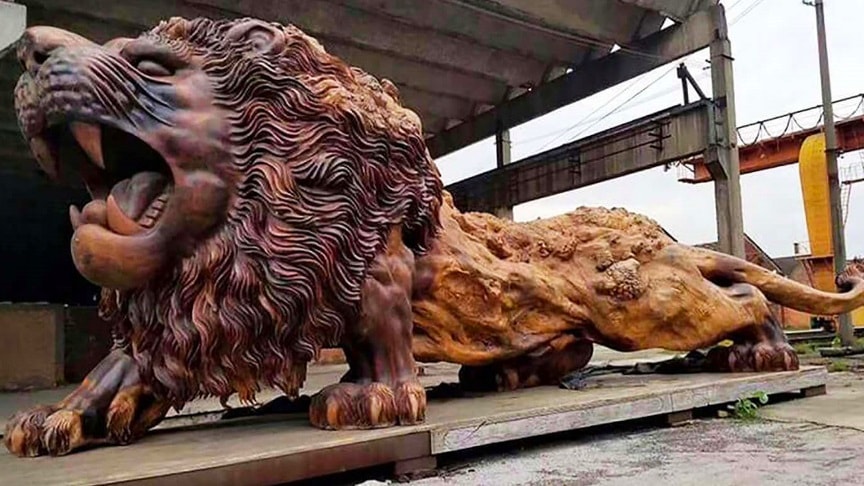 The artist led a team of 20 assistants on a three-year journey to complete the sculpture, which was made in Myanmar and was transported to its permanent home at the Fortune Plaza Times Square in Wuhan, China. 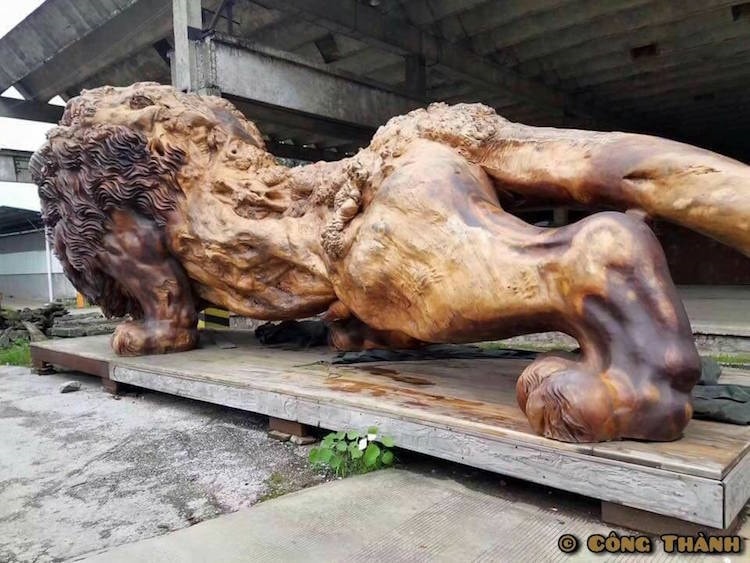 You can imagine how difficult it would have to been to transport such a massive piece safely over such a long journey.

According to Woodworking ideas, the lion was carved from a rosewood tree and measures 14.5m long, 5m high and 4m wide.This masterpiece in Hubei Province, China is now also the Guinness World Record holder for the largest redwood sculpture. 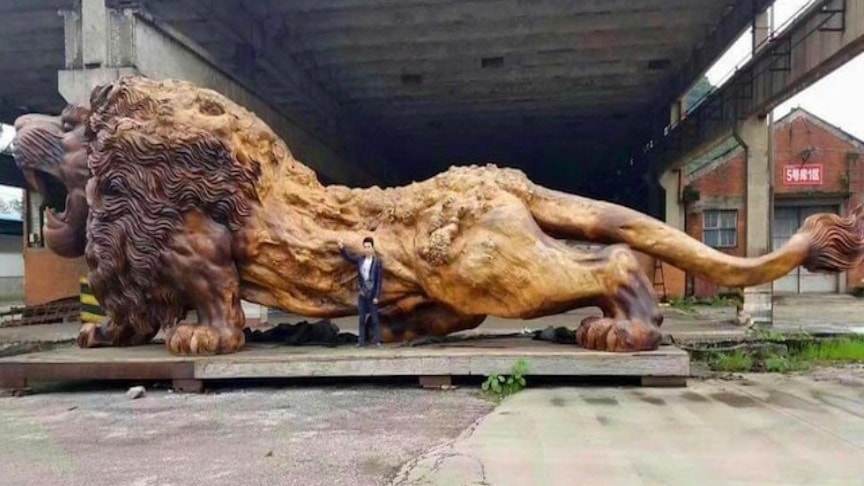 The use of the lion in public sculpture is a clear choice given the animal’s significance in Chinese culture. As a symbol of power, they are often used at the gates of palaces, temples, and tombs to ward off evil spirits. Since its installation in Wuhan, the giant lion has become a favorite new monument in the city.