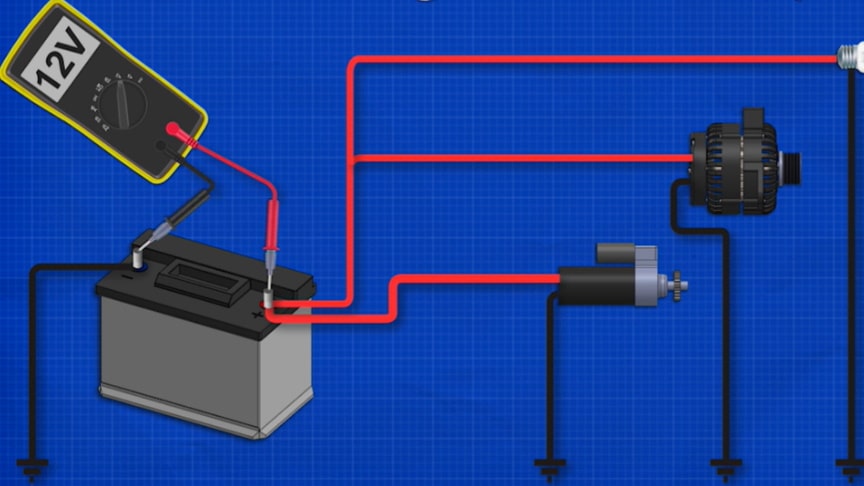 A good healthy car battery should register about 12.6 volts.Testing a battery with a multimeter is a simple process. The first test with your multimeter will measure DC voltage, indicated with a solid line and a dashed line above a letter V. Set the dial to 20, which will allow you to accurately measure between 0-20 Volts.If your battery is consistently charged at less than 80%, acid stratification can occur. Watch the video from The Engineering Mindset for more info:

This means that the electrolyte collects at the bottom of the battery, causing the upper half to be acid-poor. Acid stratification reduces the battery’s performance and may cause it to fail.An automobile battery is an example of a wet cell battery, with six cells. Each cell of a lead storage battery consists of alternate plates made of a lead alloy grid filled with sponge lead (cathode plates) or coated with lead dioxide (anode).

Each cell is filled with a sulfuric acid solution, which is the electrolyte. Initially, cells each had a filler cap, through which the electrolyte level could be viewed and which allowed water to be added to the cell. The filler cap had a small vent hole which allowed hydrogen gas generated during charging to escape from the cell.The cells are connected by short heavy straps from the positive plates of one cell to the negative plates of the adjacent cell. /wikipedia