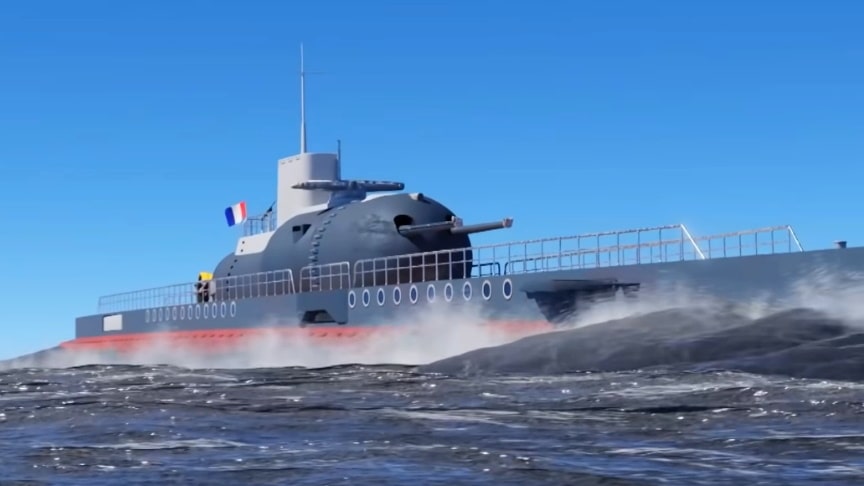 There were two types of goals behind the French decision to make the Surcouf submarine cruiser. First were geopolitical goals.Second were the military goals. Its principal purpose was to search and destroy enemy fleets in collaboration with its own fleet. Building the Surcouf took 7 years before it was finally put into service in May 1934. Watch the video from Found And Explained:

It was undoubtedly the largest submarine in its day courtesy of being 110 metres in length and having a surface weight of 3,304 tons. Being so large meant that the submarine could accommodate a crew of 8 officers and 110 men on board. Its interior also contained a cargo compartment that could hold 40 prisoners or lodge 40 passengers.

Size would allow this beast to carry enough supplies for up 10000 nautical miles – or 90 days underwater!. Its propulsion was provided by two diesel engines and two electric engines. It could attain a top speed of 18.5 knots, which is 34 kph on the surface and 10 knots, equivalent to 19kph when underwater.The Surcouf would house a twin-gun pressure-tight turret in front of the conning tower, equipped with 203 mm guns. The Surcouf was also equipped with 10 torpedo tubes, six of which were 550 mm and four of which were 400 mm tubes.via/read more: Found And Explained