The Archaeopteryx is a high-end rigid wing hang-glider in sailplane configuration.It is an extremely thermally sensitive aircraft, with which long range flights can be carried out – even with weak up-currents. 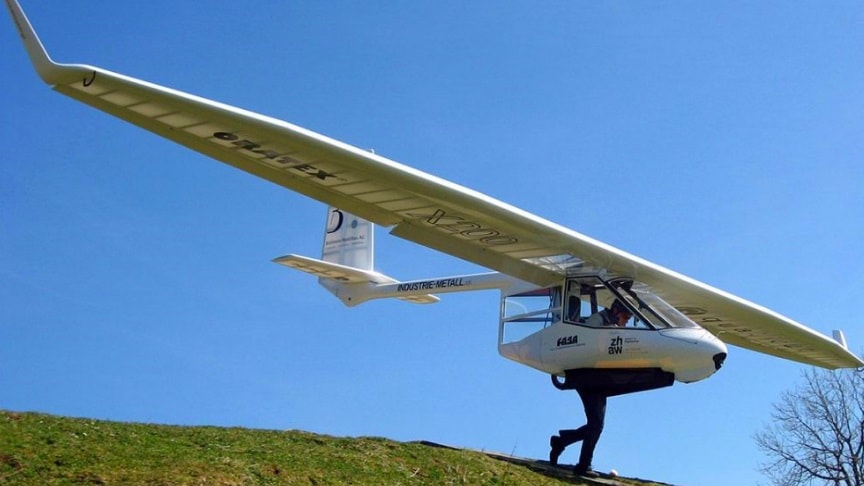 It has the turning radius of a paraglider and the sink-rate of a high performance sailplane. The Archaeopteryx aircraft is very versatile, simple to rig and to fly and has very safe flight characteristics. 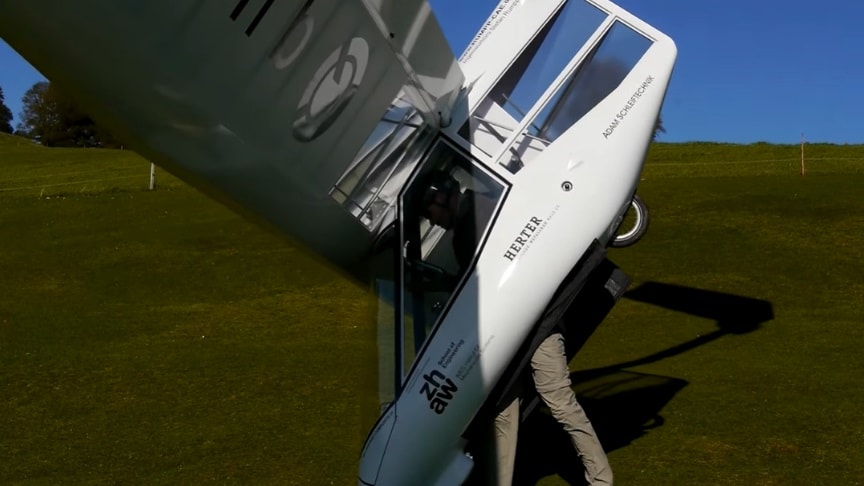 With a wingspan of 44.6 feet, the sailplane is significantly larger than its namesake. The racing model, 18.8 feet in length and 9.6 feet tall, weighs in at 134 pounds and can hits speeds from 19 to 81 miles per hour. For a plane, that’s feather-light.

The clever design and the modular components make for a quick conversion from foot- or tow-launching to self-launching with an on-board powerplant. The motor appears to be an MGM unit sold as the Rotex Electric REX 30, a 15 to 18 kilowatt (20.1 to 24.1 horsepower) unit which can swing a 1.3 meter propeller at a leisurely 1,800 to 2,200 rpm depending on windings.

The Twin 14-cells-in-series, 40 Amp-hour battery packs, motor controller, battery management system, and 30- Amp battery charger complete the power pack, which can be installed or removed in about five minutes.The lift off speed on a foot launch from a slope is the same as for a hang glider. The company says, “with suitable slope and appropriate training, it is possible to launch in windless conditions. The hands bear no load, the machine is not in ground contact. The flight controls are operational and used during the launch.”