In this video, we tour the incredible 28sqm (301sqft) apartment of architect Douglas Wan. The Melbourne apartment was originally constructed in the 1950’s as housing for nurses. It’s now been completely reimagined for modern times and transformed into a clever small studio./Living Big In A Tiny House 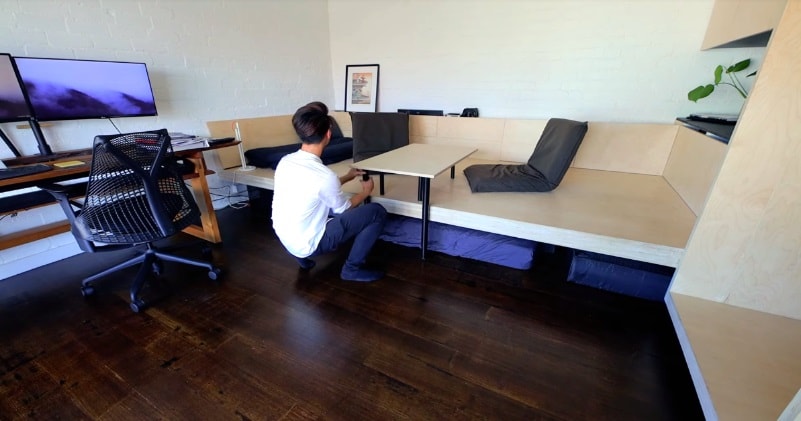 For Douglas, this was an opportunity to develop a small living space that would perfectly fit his needs and lifestyle. Attracted to simple living and a self described monastic lifestyle, he wanted to create a place where he could be a part of the city, yet also retreat from it.

He ventured to carry out an architectural experiment and find out what was possible in his own small home.The result is a micro apartment which is as clever as it is simple.

One which utilises the entire space, while remaining open and light. It’s rustic history is celebrated, yet also contrasted with the modern elements. Most importantly, it’s a wonderful home. Enjoy the full video tour of this very special tiny apartment./Living Big In A Tiny House