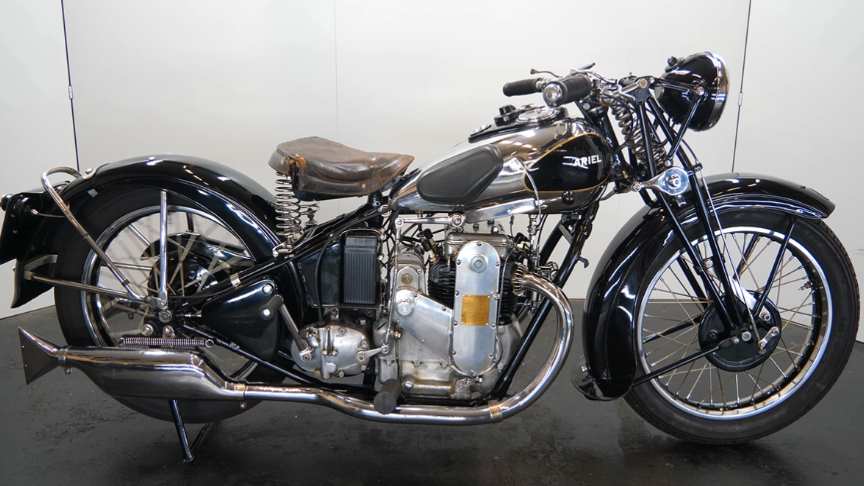 The crankcase was split horizontally, unusually for a motorcycle engine of the period, while the vertical valves were operated by a single overhead camshaft.

A supercharged example was raced at the Isle of Man TT in 1931 without success, which was hardly surprising as its makers had envisaged the model as more of a luxury tourer than an out-and-out sports machine. Although launched as a ‘500’, the Squariel was soon enlarged to 601cc with an eye on the important sidecar market, this bigger version being made available for the 1932 model year.

This bike has been restored years ago to high standard. The motorcycle was only driven 200 km after the restoration. It runs powerful and smooth.//classic-motorcycle.com