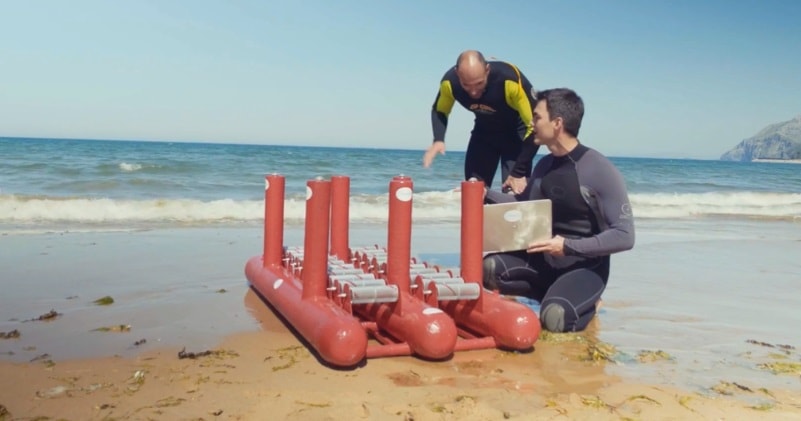 The start-up is initially working on the technology’s use in offshore wind farms, where it has potential to increase power generation by 25%.As it can be seen in the video, the system harnesses both the waves’ and the sea currents’ power, taking advantage of the vertical and the horizontal energies.

This video was filmed in the beach of Laredo, Cantabria, where iñigo Doria (CEO of Arrecife Energy Systems), Óscar Villanueva (COO) and José Javier Doria tested a small prototype of the system.

The start-up, which was founded in Bilbao, has recently teamed up with Grupo JIS. Through Tacomi, Grupo JIS has acquired a stake in Arrecife’s capital and will help it build its first real-scale prototype.