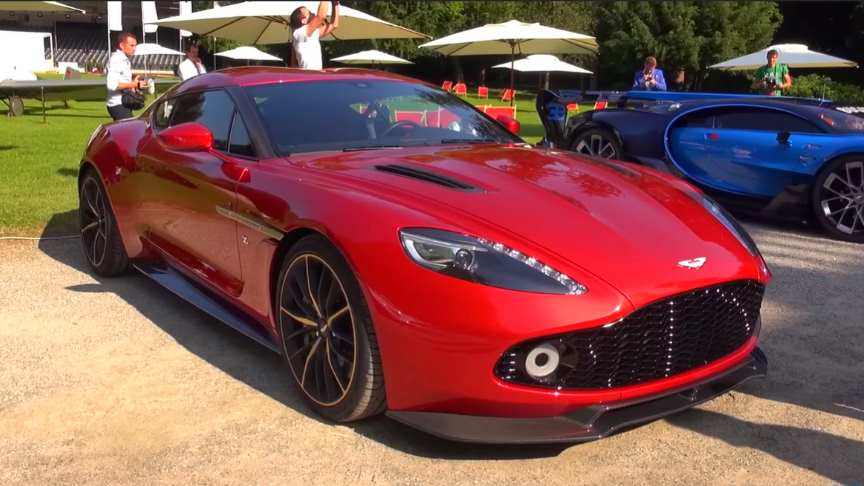 In this video I’ll show you the new Aston Martin Vanquish Zagato Concept on its world premiere at 2016 Concorso D’Eleganza Villa D’Este. Video shows the car in detail, as well as the the car revving up the 560HP 6.0 litre naturally-aspirated V12 and a few driving clips.

Vanquish Zagato is a powerful addition to the Aston Martin and Zagato lineage. With its 6.0L V12 powertrain producing 580 bhp, Vanquish Zagato can deliver a projected 0-62 mph time of 3.5 seconds. This performance, matched with its unique suspension setup, creates a unique driving experience to stir the senses.

The new bodywork is entirely shaped from race-bred carbon-fiber, with the split lines on the body significantly reduced by the use of large one-piece panels, emphasising Vanquish Zagato’s status as a truly exclusive and highly prized GT that promises to be as iconic an Aston Martin as it is sought after.via/read more: astonmartin