I have seen lots of exclusive cars at Spa Francorchamps… But this must be one of the most rare cars I have ever seen in action at Spa.The Type C represented the pinnacle in the development of racing car that had been designed by Ferdinand Porsche and which ran its first race in 1934 according to the 750 kg formula (max. mass, dry, without wheels and tyres). 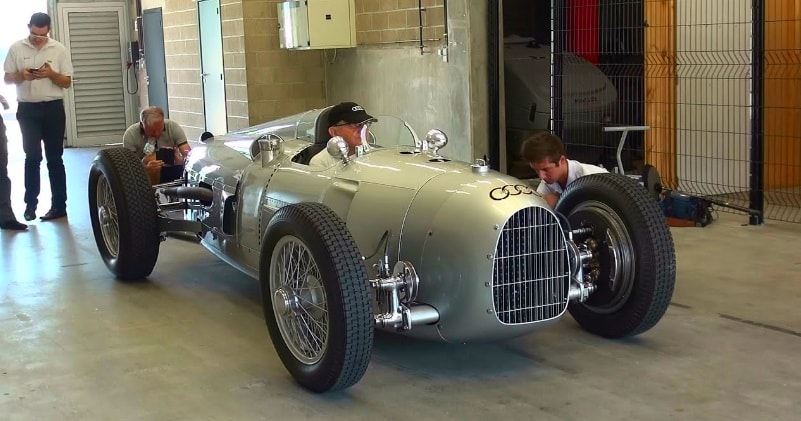 The key design feature was the 16-cylinder engine positioned directly behind the driver (mid-mounted engine).It was the most successful German racing car, winning three of the five Grand Prix races, half of the circuit races and all the hill-climbs that Auto Union entered.

The Auto Union Type C was the most successful German Grand Prix racing car in 1936. It won three out of five Grand Prix races, half of the circuit races and all hill-climbs in which Auto Union participated. In addition, the Type C set more than thirty world records