The operation of an automatic transmission is explained here with help of animation. Allison-1000 transmission model, which has 6 speed and reverse is used for this purpose. 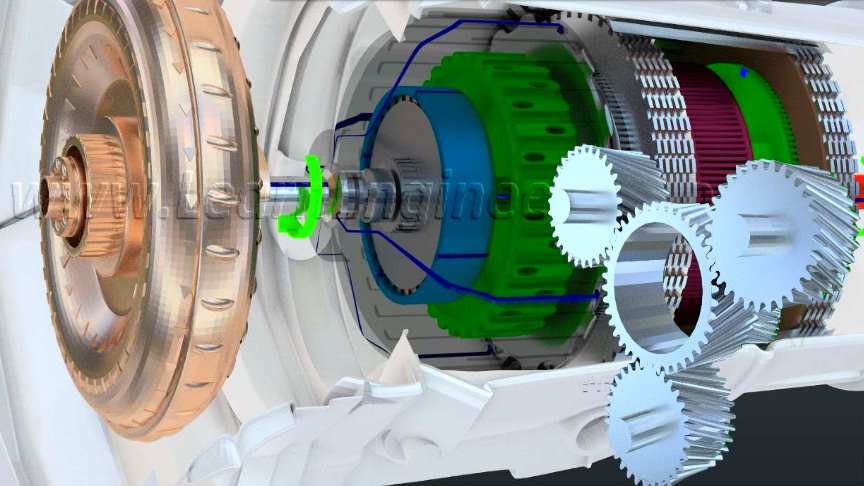 The video starts with an explanation of planetary gear set. Just by engaging few clutch packs different output speed can be achieved in automatic transmission. A brief introduction of the torque converter is also given here. Watch the video from Learn Engineering for more info:

Planetary gearsets in the transmission create different gear ratios, allowing the vehicle to shift between different gears based on the communication from the torque converter.As the engine speeds up centrifugal forces acting on hydraulic fluid transmits torque to the turbine—this makes the turning effort.