Let’s understand the working of differential gearbox of an automobile in this video. This video is a re-release of an our old differential video with better visuals. 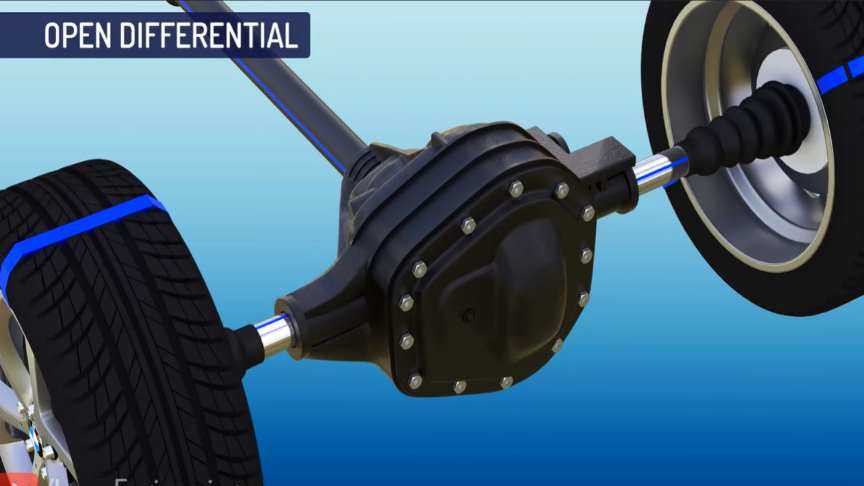 A differential is a gear train with three shafts that permits power from the engine to be transmitted to a pair of driving wheels, dividing the force equally between them.The following description of a differential applies to a traditional rear-wheel-drive car or truck with an open or limited slip differential combined with a reduction gearset using bevel gears (these are not strictly necessary – see spur-gear differential):/ Learn Engineering

Thus, for example, if the car is making a turn to the right, the main ring gear may make 10 full rotations. During that time, the left wheel will make more rotations because it has farther to travel, and the right wheel will make fewer rotations as it has less distance to travel. The sun gears (which drive the axle half-shafts) will rotate at different speeds relative to the ring gear (one faster, one slower) by, say, 2 full turns each (4 full turns relative to each other), resulting in the left wheel making 12 rotations, and the right wheel making 8 rotations.

The rotation of the ring gear is always the average of the rotations of the side sun gears. This is why if the driven roadwheels are lifted clear of the ground with the engine off, and the drive shaft is held (say, leaving the transmission in gear preventing the ring gear from turning inside the differential), manually rotating one driven roadwheel causes the opposite roadwheel to rotate in the opposite direction by the same amount./wikipedia