As the weather gets colder and dryer, you are more likely to get shocked when getting out of a car, touching a door knob, or doing laundry. Is there a way to prevent getting shocked on the car door? 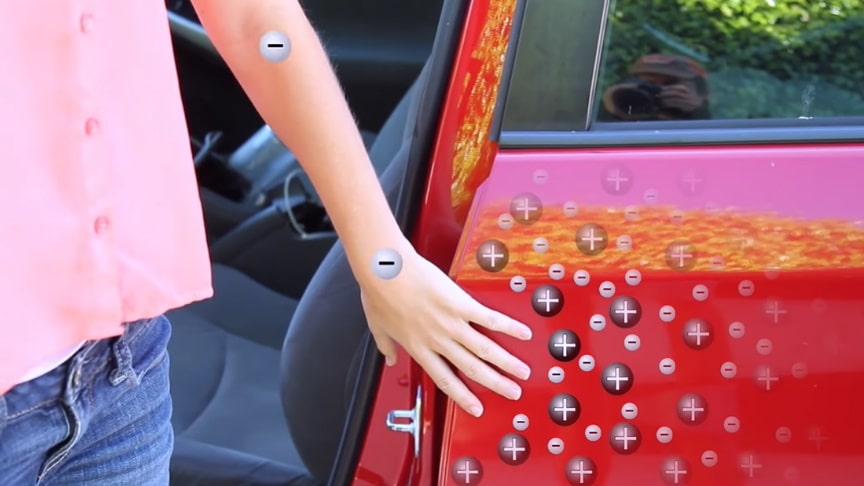 The static shock is created when you move and slide in your car seat to get out of the car. Like rubbing a ballon on your hair. There’s an easy way to discharge that static shock build up as you get out of your car.

In this video from the Physics Girl YouTube channel, host Dianna Cowern explains exactly why exiting your car can cause a nasty static shock when you touch the outside of it. When you get out of the car, you slide your body across the seat, and that can leave both the seat and your body statically charged.

Hold the metal frame as you exit the car, this allows the vehicle’s bodywork to absorb the static gradually, and prevents the sudden discharge to earth, which causes the shock. Most shocks happen because you and the car have picked up opposite charges. Leaving your seat separates these charges, creating the potential for a static shock./Physics Girl