With only 87 passengers on board, this baby 747 was ready to bring widebody aircraft design to the regional plane market. Its nose could open right up and allow passengers to disembark and board in under five minutes, and it could land anywhere, from grassy fields, deserts to busy international airports. 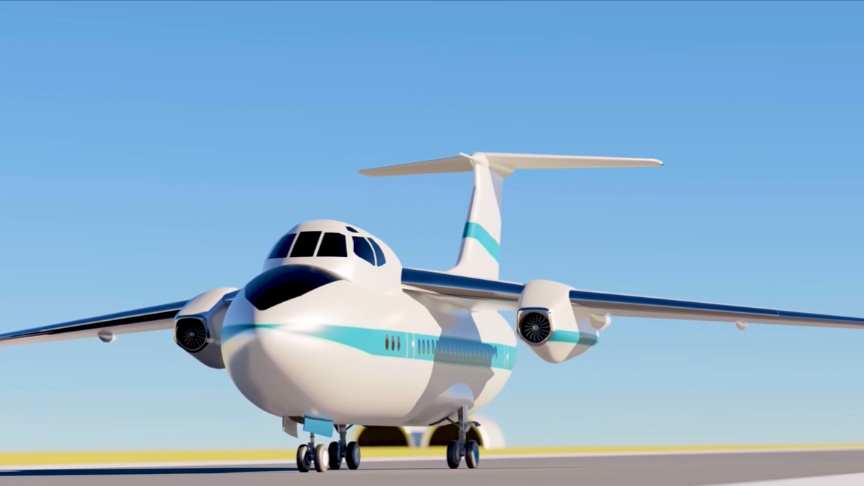 This is the concept only, Saab 1073. There are two projects that were never built that deserve our attention. The first, the Saab regional transport, the 1071 was a multi-use quad rotered powerful cargo plane – that could also be fitted to fly 40-passengers. It would have a range of 1300 km or 863 nautical miles. Watch the video from Found And Explained for more info:

There was also a version of the same design that was even smaller, officially called a shrink, that could only carry 15 passengers or two tonnes of cargo. The Saab 1037 was created to bring jet travel to the smaller regional market, but take full advantage of the idea of nose swinging door.

When at an airport, the door would open completely swinging 90 degrees and allow passengers to instantly walk right off the plane, or if a cargo version, allow the pallets to be loaded in a continuous train.via/read more: Found And Explained