How a belt-driven CVT Works. Ford, GM, Honda, Chrysler (JATCO), and Nissan CVTs are similar. CVTs allow the engine to operate at the RPM for peak efficiency while increasing and decreasing the transmission drive ratio to change vehicle speed. 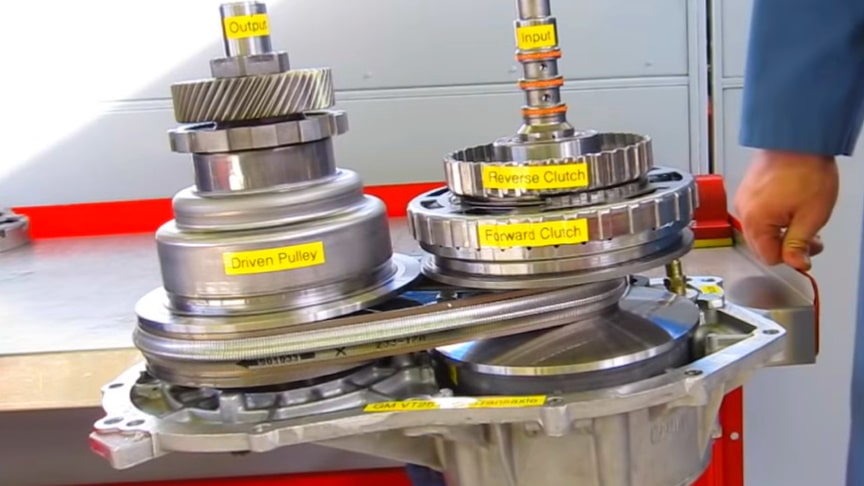 The most common type of CVT uses a V-belt which runs between two variable diameter pulleys.The pulleys consist of two cone-shaped halves that move together and apart. Watch the video from WeberAuto for more info:

The V-shaped cross section of the belt causes it to ride higher on one pulley and lower on the other, therefore the gear ratio is adjusted by moving the two sheaves of one pulley closer together and the two sheaves of the other pulley farther apart.As the distance between the pulleys and the length of the belt does not change, both pulleys must be adjusted (one bigger, the other smaller) simultaneously in order to maintain the proper amount of tension on the belt./wikipedia