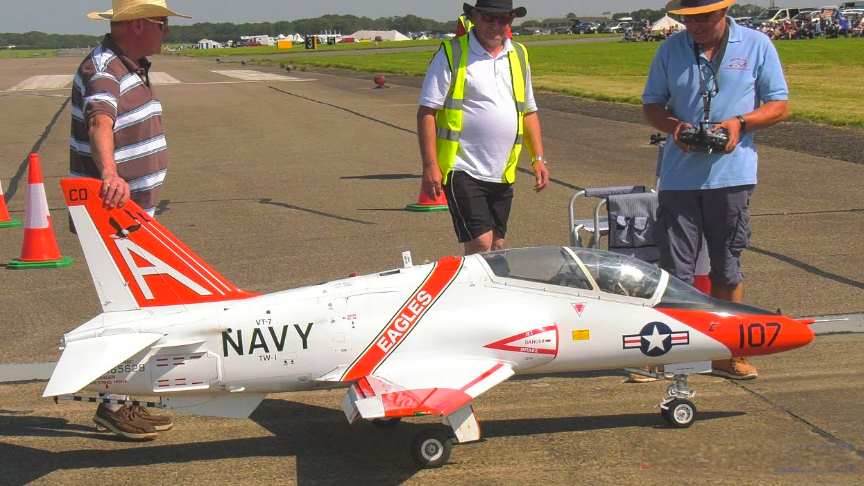 Paul Dunkley flies his magnificent self designed 1:3.75 scale T-45 Goshawk at the BMFA Power Nationals. The T-45 is the highly modified version of the BAe Hawk kitted out for aircraft carrier operations.

That’s why you’ll find Paul deploying the arrestor wire hook at the rear of his T-45 at the end of the flight.Filmed using the Panasonic AG-UX180 4K pro camcorder by Dom Mitchell for the ‘Essential RC’ YouTube channel.

This RC T-45 Goshaw model features many scale details, the sequenced landing gear utilize a four part nose door like the real T-45, and a three part main door assembly. The struts replicate the stance of the T-45, complete with long travel trailing link mains and a nose strut with tow bar and landing light./Essential RC