Replica of an A380 from THAI Airways in 1/13 scaleAfter a long construction period.This amazing 1/13-scale jetliner is shown here on its first flight with Rainer Kamitz at the sticks and he did an impressive job.The massive RC model jet is 20 feet long with a wingspan of 18.5 feet. 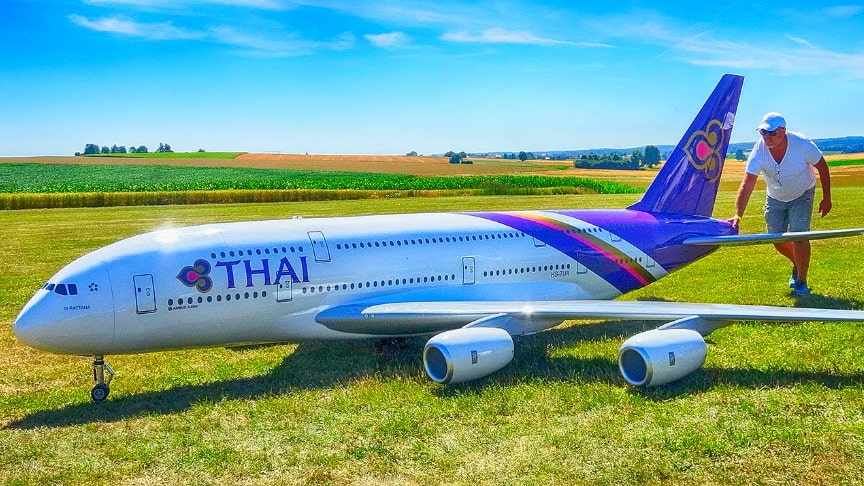 That’s huge! The model is powered by 4 M166TS engines that provide 166N (about 37 pounds) of thrust each. The jet carries about 2.2 gallons of fuel and has operational landing gear and flight controls. According to the video, it took 3 years to build.

After a long construction period, 1,700 hours over three years, the first flight for it technical acceptance and certification was a big success. From Austria, builder and aircraft owner, Christopher Ferkl, used four JetsMunt 166 turbines to power his A380.