The Beechcraft Model 18 is a 6- to 11-seat, twin-engined, low-wing, tailwheel light aircraft manufactured by the Beech Aircraft Corporation of Wichita, Kansas. 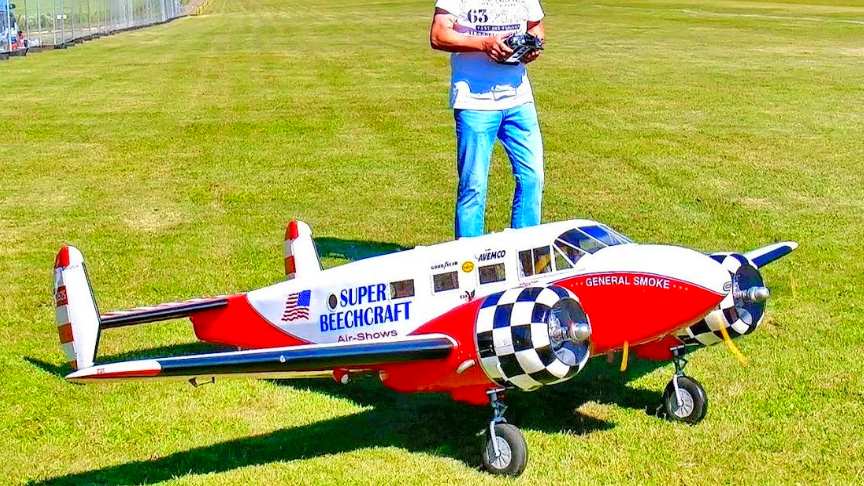 Continuously produced from 1937 to November 1969 (over 32 years, a world record at the time), over 9,000 were built, making it one of the world’s most widely used light aircraft. Sold worldwide as a civilian executive, utility, cargo aircraft, and passenger airliner on tailwheels, nosewheels, skis, or floats.

Here we have a giant RC scale 1/4 Beech-18 Super Beechkraft airplane that has a lenght of 2.75m and a wingspan of 3.6m. The airplane is powered by two OS 60cc petrol engines. The Take-off weight of the airplane is app. 20Kg.

The rc airplane is also equiped with Futaba radio with NIMh flight batteries and NIMh ignition batteries, bit old school but it suits the servos and ignition systems. The model has been painted to look more like a well used one than a brand new fresh one. The pilot of this airplane is Wolfgang Renno at  RC Airliner Meeting in Germany (Oppingen) June 2019 event.