The de Havilland Vampire is a British jet fighter which was developed and manufactured by the de Havilland Aircraft Company. It was the second jet fighter to be operated by the RAF, after the Gloster Meteor, and the first to be powered by a single jet engine. 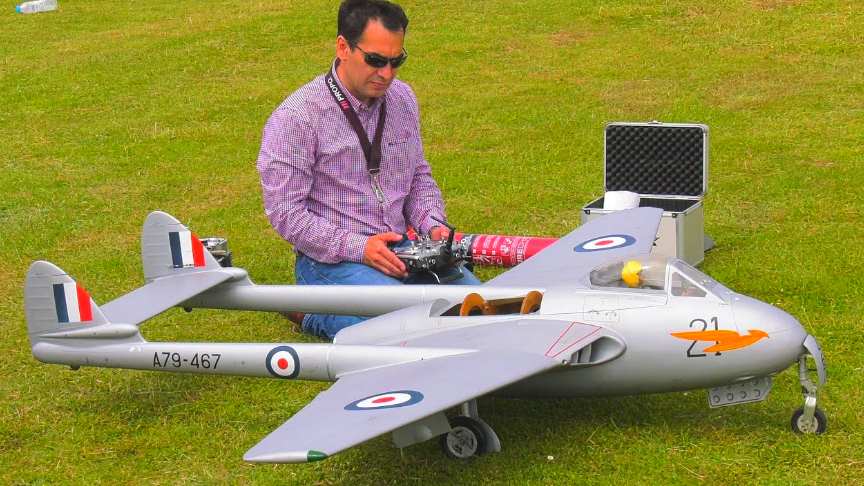 The short beam guidance enables a high drive efficiency. Thanks to the comparatively large wing area, the wing loading of the model remains within limits.

Because its ‘amply’ powered, flight times are 10-12minutes, most of the flight is 1/3rd throttle! Fitted with 90 degree airbrakes and four big flaps it can fly very slowly. No drama on the landing despite the cross wind. Top skills that man.//Essential RC