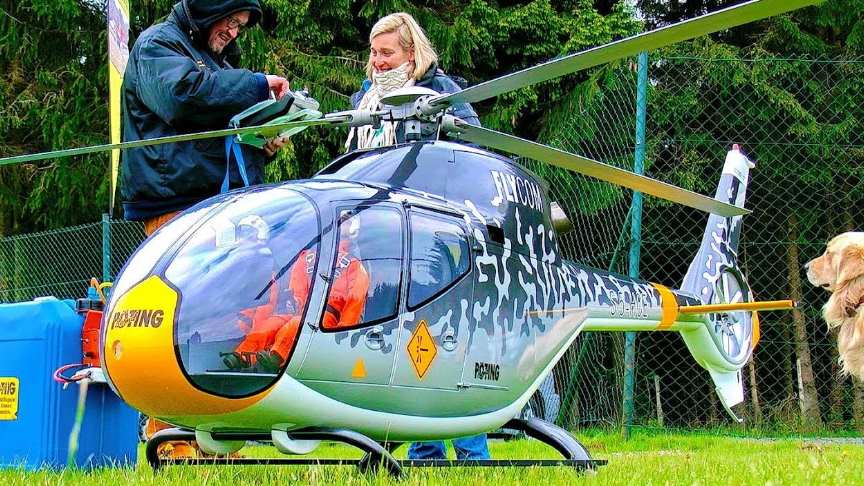 It incorporates several of Eurocopter’s trademarked technologies, those of prominence are the 3-bladed Speriflex main rotor head and the 8-bladed fenestron anti-torque tail rotor.

This giant RC Eurocopter EC-120 Kolibri has a rotor diameter app.2.50m and it is powered by a Jakadofsky Pro 6000 jet turbine engine, the Take-off weight of the helicopter is app. 20 Kg. The pilot of this helicopter in this video is Bernd Pöting.

The turbine engine of the helicopter fascinates by the smell of kerosene, a gently starting rotor, accompanied by the unmistakable sound of a turbine.This brightly colored helicopter can be easily spotted in flight even in strong light thanks to its yellow fin. The helicopter is equipped with a self-stable contra rotating twin-rotor system which ensures disconcerting ease of piloting.//RC MEDIA WORLD