The AgustaWestland AW109, originally the Augusta A109 is a lightweight, twin-engine, eight-seat multi-purpose helicopter. The full size version of the Agusta 109 K2 is used for high-altitude and high-temperature operations with fixed wheels rather than the retractable wheels of most A109 variants. 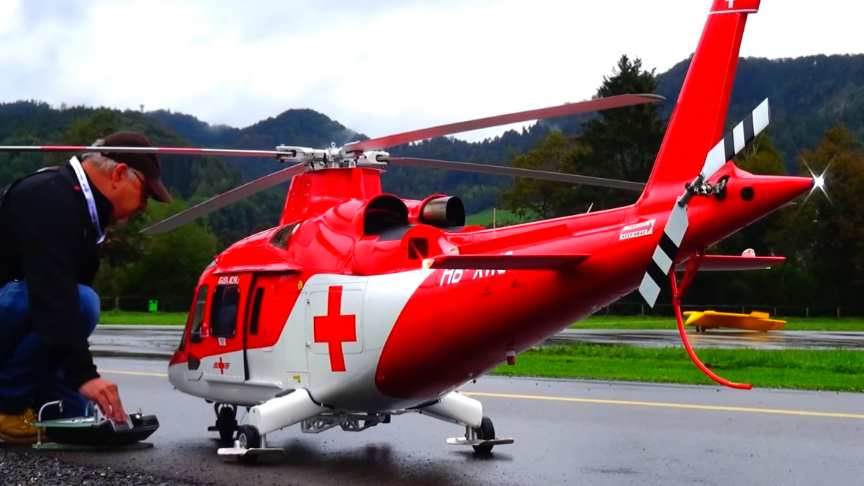 Roland Kaufmann with his REGA Agusta AW-109K2 turbine model RC Helicopter, enjoy it. Now ist it no more longer semi-Scale model Roland have build all door with hinges to opening. And Roland let a Rescue men down with a radio controlled winch, excellent.

This RC model AW109 is a twin turbo engine helicopter with elegant appearance and ease of control, the helicopter has a rotor-diameter of 1.6m a wingspan of 1.76m and weights around 29.5kg. The helicopter is powered by a turbine engine, there are no specifications displayed about the engine and other suff, but for sure its a perfectly built RC helicopter.

The full size version of the Agusta 109 K2 typically used by police, search and rescue, and air ambulance operators. The Swiss Air Rescue REGA prefer the Agusta to the BK 117 and the red and white colours are recognised throughout the world.