The Boeing 747-400 is a wide-body airliner produced by Boeing Commercial Airplanes, an advanced variant of the initial Boeing 747. 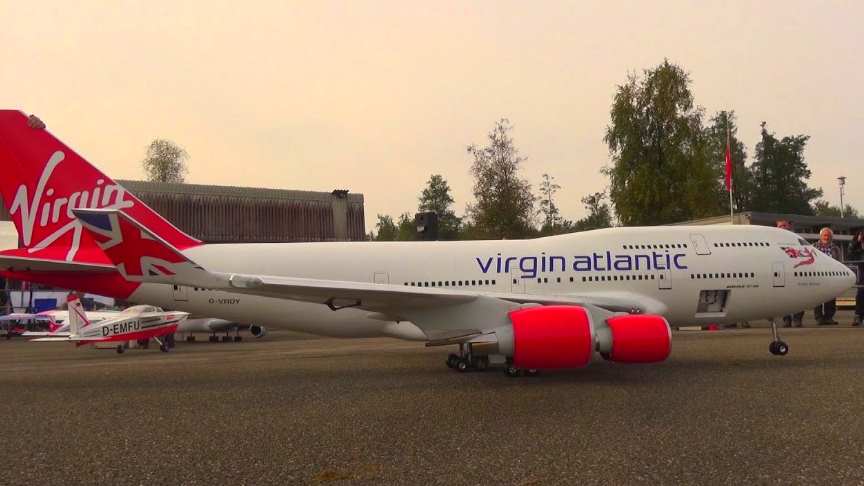 The monster Jumbo Jet has a wingspan of 4,95 meter and it is 5,43 meter long. The all composite airliner weighs in at just under 150 pounds and is powered by four IQ Hammer 140 turbine engines.

Putting an RC plane that big into the air has got to be intimidating to the this RC jet looks nearly identical to an actual Virgin 747 at the right perspective./RCHeliJet