When a computer-based, self-reliant city-lab high in the hills above Barcelona designed and built a tiny home they used parametric modeling software to mimic nature. The resulting Niu Haus, or Nest House, is all curves (only the sloping solar-paneled roof is flat). Built from wood harvested, milled and CNC-cut on the property, it’s a hyper-local creation. 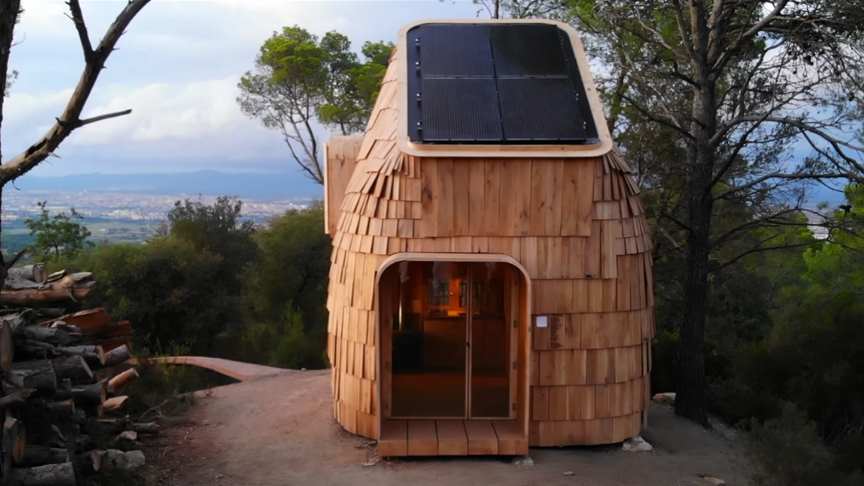 Valldaura Self-Sufficient Labs is located on the site of an abandoned 19th-century vineyard left to return to forest. By culling trees, the group sources not only raw material for constant building projects, but also wood chips for a biomass heater which provides all the heating needs.

The 50 students who live in the old farmhouse/villa grow their own food on the property, often aided by their experimental robotic agriculture. Vicente Guallart, former chief architect of the city of Barcelona and Valldaura Labs founder, argues we need to reinvent cities every 30 years.