During the 2015 Concorso d’Eleganza Villa d’Este, I’ve filmed the world debut of the BMW 3.0 CSL Hommage Concept. The car looks absolutely amazing if you ask me! Video includes some detailed shots of it as well as a few engine start ups and driving footage. 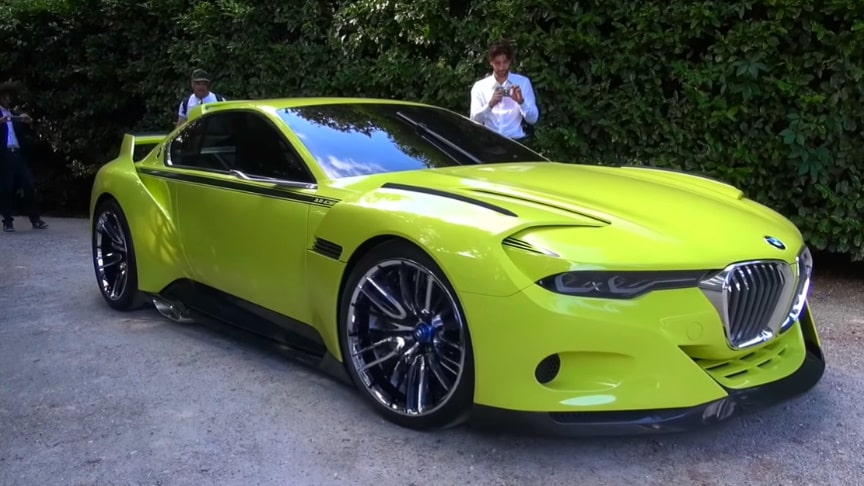 The car is a tribute to the 3.0 CSL. It has an inline-six engine with an eBoost hybrid system in the rear of the car. As a homage to the original, the 3.0 CSL Hommage has a minimal interior to keep the weight as low as possible

The complete bodywork is made out of carbon fiber to keep the weight as low as possible. This car has quite a few similarities with the old 3.0 CSL. There is no word on power and torque, but with two turbochargers and one e-boost device, 500 hp or more should be a realistic number.

The fins on the front, the rear window and of course the enormous spoiler on the back. In the front we find BMW’s famous six-cylinder engine. The car does run but unfortunately it will never be used the way it should be used.The Hommage has Laser-LED lights similar to those in the i8./NM2255 Car HD Videos