Steve Demarest took advantage of the huge boulders covering his land in the Cascade Mountains to build a home that is part cave and part megalith dwelling. The location was originally a cave where his children played, but when they outgrew it, he moved in with his tools and began to craft the rock into a shelter. 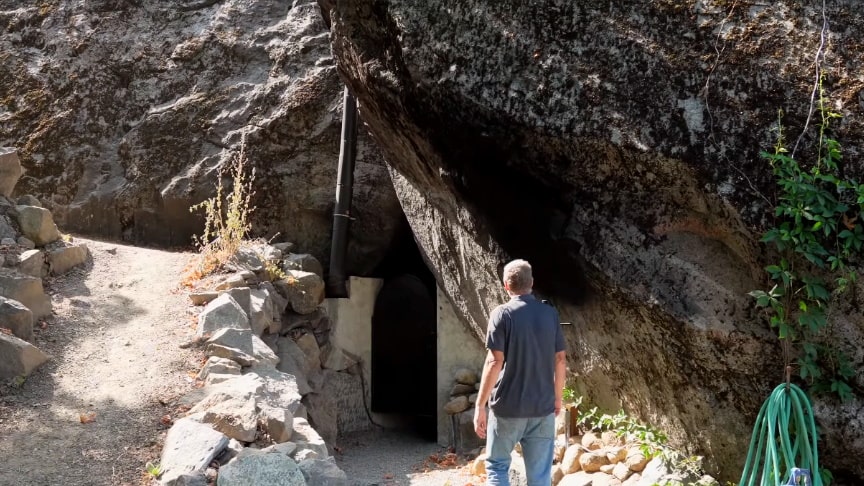 After an initial excavation, he found the space too small for a cabin so he built a stone hot tub and then continued to push back into the hillside.After a month of drilling through an intersection of two boulders at the back of the cave, the rock “finally gave up” and Steve could move into a second chamber that would become the house.

Enclosed by huge boulders for walls, the space just lacked a roof. Demarest devised a spider web of steel I-beams attached to a center column to cover the space. Covered in waterproofing and insulating materials and finally, with dirt, the home is insulated from the region’s extreme winters and summers.

On the property, Demarest has also built a stone and wood cabin with one boulder wall and rock refuse of another. One summer, he and his son built a stream-fed, wood-fired hot tub underneath the shade of a boulder. Demarest admits it would be easier working with dirt or wood, but he feels challenged by the rock and wouldn’t have it any other way.//Kirsten Dirksen