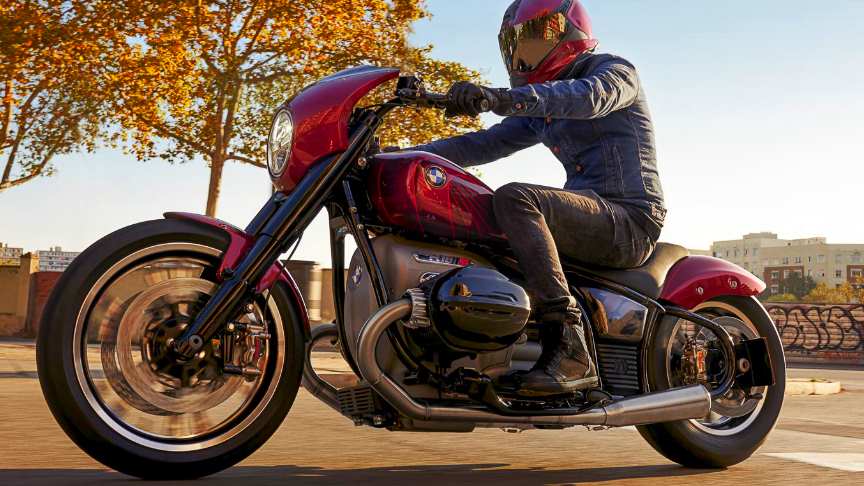 The Concept R 18 /2 is more dynamic and occupies a place towards the performance end of the segment, while retaining the elegant proportions of its predecessor. 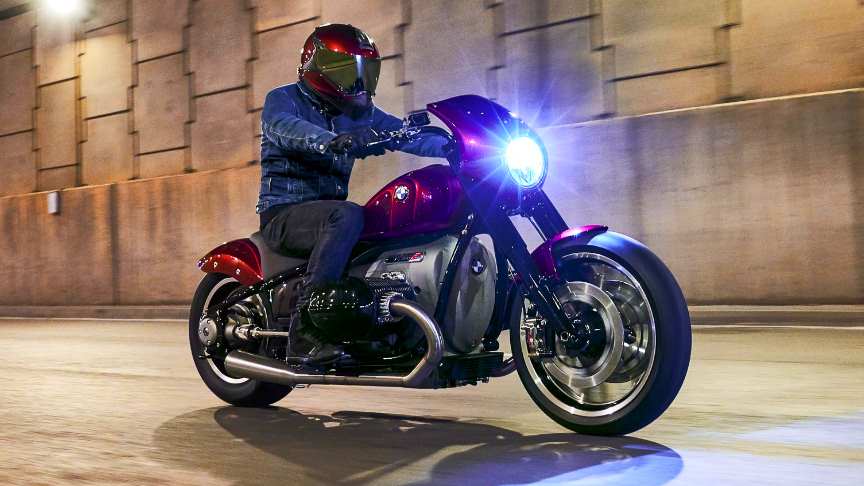 It’s also designed as a starting point for customisation – it’s just so easy to break out into different styles! Powering the BMW Concept R 18 /2 is a massive 1800cc air- and oil-cooled boxer twin.

A closer look reveals black and white cast wheels (rather than spoked) on silver rims with dimensions of 19” (front) and 16” rear. A modified R nineT Racer bikini fairing sits on top of the raked forks and triples, offering stylish protection from the elements, while high-end Brembo brakes suggest stopping power worthy of this performance cruiser.

Gone is the ‘floating‘ leather saddle from the Concept R 18, replaced with a one-and-a-half person chopper-style seat, lending the bike a more dynamic, hot-rod character. Underneath a subframe, the rear fender has been bobbed and fixed to the frame, so it appears to hug the rear wheel.