If you assume that gasses don’t get into pipes or that they can’t constrict the flow, you might design a pipeline that doesn’t work. Luckily for engineers, this is a well-known phenomenon in pipe systems. It’s just one of the complexities that come with the job and we’ve come up a with a lot of creative ways to overcome it. 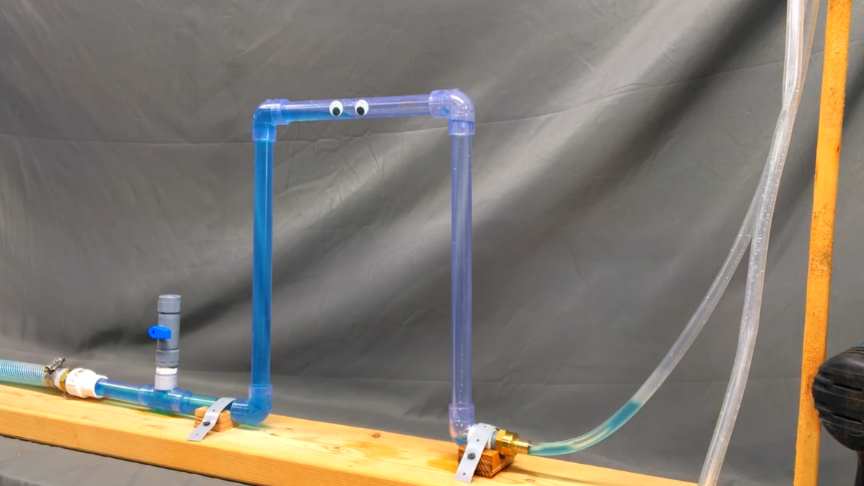 An air lock is a restriction of, or complete stoppage of liquid flow caused by vapour trapped in a high point of a liquid-filled pipe system. The gas, being less dense than the liquid, rises to any high points. This phenomenon is known as vapor lock, or air lock.

Flushing the system with high flow or pressures can help move the gas away from the highest point, or a tap (or automatic vent valve) can be installed to let the gas out.Air lock problems often occur when one is trying to recommission a system after it has been deliberately (for servicing) or accidentally emptied. For example, a central heating system using a circulating pump to pump water through radiators.

When filling such a system, air is trapped in the radiators. This air has to be vented using screw valves built into the radiators. Depending on the pipe layout – if there are any upside down ‘U’s in the circuit – it will be necessary to vent the highest point(s). If not, air lock may stop flow through that part of the circuit completely. Note that circulating pumps usually do not generate enough pressure to overcome air locks./wikipedia