David Klavins is a pianist who, for years, could not find pianos that made the sounds he imagined in his head. So he began building pianos to his own specifications in a workshop in Vác, Hungary, and they are truly unique creations. 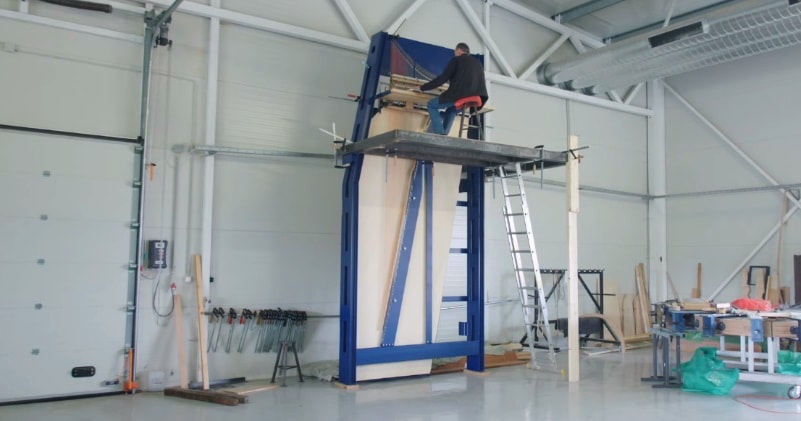 To wit: Klavins’ vertical concert grand stands over 15-feet tall, and he actually has to climb a ladder to play it, which he does, beautifully, just for us.

After 3 years of meticulous construction David Klavins will unveil to the world the Klavins M450 Vertical Concert Grand, a 4.5 metre tall vertical piano. This will be the largest upright piano every built.

David Klavins is a Hungarian piano maker who has spent his life producing pianos that break all the traditional conventions of piano construction. For example, his acclaimed Una Corda piano uses just one string per note instead of the usual three. This gives the instrument the more subtle, delicate tone desired by some composers/performers. The M450VCG, by contrast, has been built to produce the richest, most powerful sound possible.