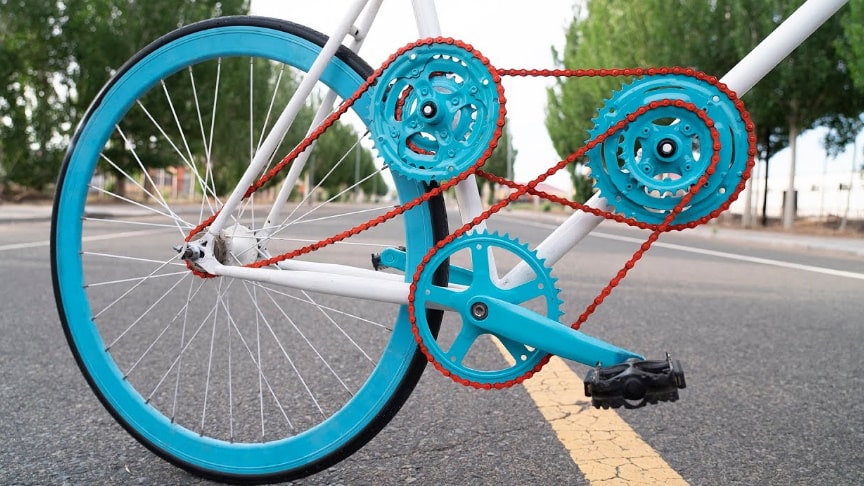 In general, there are three size options that will dictate your gearing and also set your bike up for its intended use.The crankset as one of the key components that helps move the chain as you pedal, it’s at the heart of the drivetrain and helps make a bike, well, a bike.

In this video BigWR… shows us how to build a super-fast bike with multiple chainrings, and it’s got really big gear ratios, so it’s super fast! The chainring positioned in the center of the bike’s frame and are coupled to the rear wheel and between themselves through chains and a clutch.

The system is claimed to not only increase acceleration, but to also produce 10 to 30 percent in energy. Swapping chainring sizes on a double or triple crankset isn’t as simple as it sounds, because specific chainrings are designed to work together, with tooth positioning and ramps on the rings there to help the chain shift smoothly./BigWR