This is the GM VTOL Drone concept (Cadillac VTOL).During General Motors’ (GM) CES 2021 keynote, it showed off a new series of concept products under the Cadillac brand.The concept is made up of a passenger VTOL drone and an autonomous car to get you and your friends to and from locations and drones. 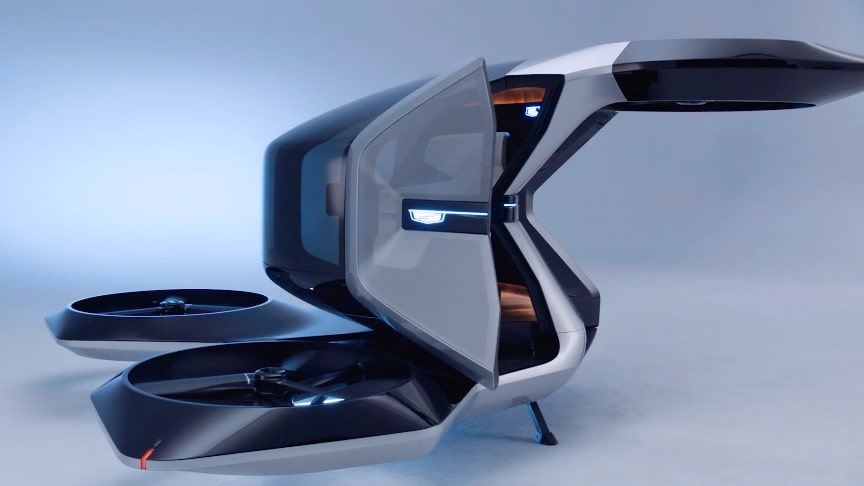 The VTOL drone doesn’t currently have a name but will be the first time Cadillac and GM explore the passenger drone market. The example used in the presentation is that you’ve been working at the office and need to make your way to a meeting quickly.

The presentation mentioned that the VTOL drone uses a 90 kV motor to power the four rotors and is equipped with air-to-air and air-to-ground communications. As this is just a concept, changes will likely be made to the look and specs of the VTOL, so take these with a grain of salt./REC Anything