Alternator is a type of electric generator used in modern automobiles to charge the battery and to power the electrical system when its engine is running. How does a car alternator work? learn from the basics where we use the alternator and how alternators work. With thanks to Squarespace for sponsoring this video. 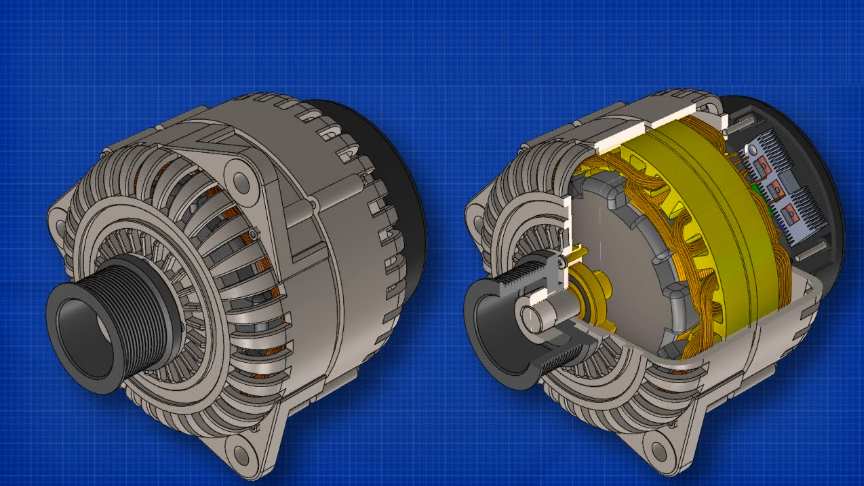 The alternator is comprised of a voltage regulator and three main components: The stator, rotor, and diode. When the battery initially powers the car, the alternator belt, or V-belt, spins the pulley on the alternator, causing the rotor inside the alternator to spin very quickly. The alternator is also needed to supply current to the electrical accessories when the engine is running./ The Engineering Mindset

This rotor is situated inside a nest of copper wires, which are called the stator.The process whereby electricity is generated by spinning magnets at incredibly fast speeds along a set of copper wires is called electromagnetism.