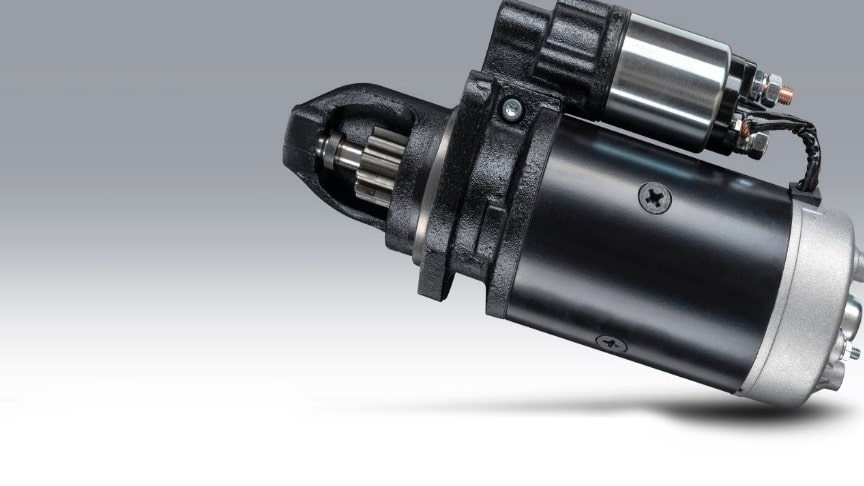 The electric starter motor or cranking motor is the most common type used on gasoline engines and small diesel engines. The modern starter motor is either a permanent-magnet or a series-parallel wound direct current electric motor with a starter solenoid (similar to a relay) mounted on it.

When DC power from the starting battery is applied to the solenoid, usually through a key-operated switch (the “ignition switch”), the solenoid engages a lever that pushes out the drive pinion on the starter driveshaft and meshes the pinion with the starter ring gear on the flywheel of the engine.//