Jointly developed by the CNH Industrial international design and CASE engineering teams, this concept is a clear departure from anything seen to date in the construction industry.The concept reflects both the increasing importance of alternative fuels, and demonstrates their viability in the construction environment. 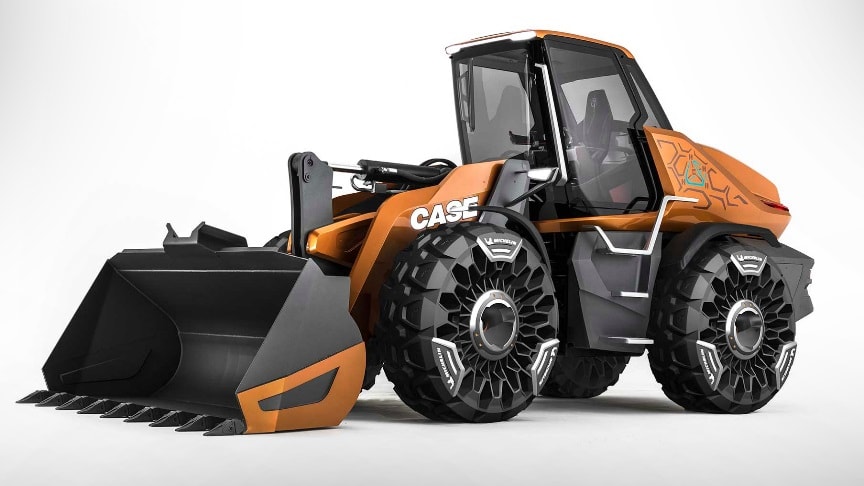 The concept wheel loader is powered by a proven methane engine, produced by sister brand FPT Industrial, and delivers exactly the same performance as its diesel equivalent. This is combined with cutting edge styling and an advanced operator environment, which makes extensive use of touchscreen and voice control technologies.

Furthermore, innovative safety features include biometric technologies together with an obstacle detection system, which is derived from CNH Industrial’s autonomous vehicle research and development program.It’s powered by biomethane Which is produced in biodigesters from waste products such as waste food, wood chippings and animal waste,