The Citroën CX is a large, front-engined, front-wheel-drive executive car manufactured and marketed by Citroën from 1974 to 1991. Production models took the form of a four-door fastback sedan, station wagon (estate), and a long-wheelbase fastback limousine. 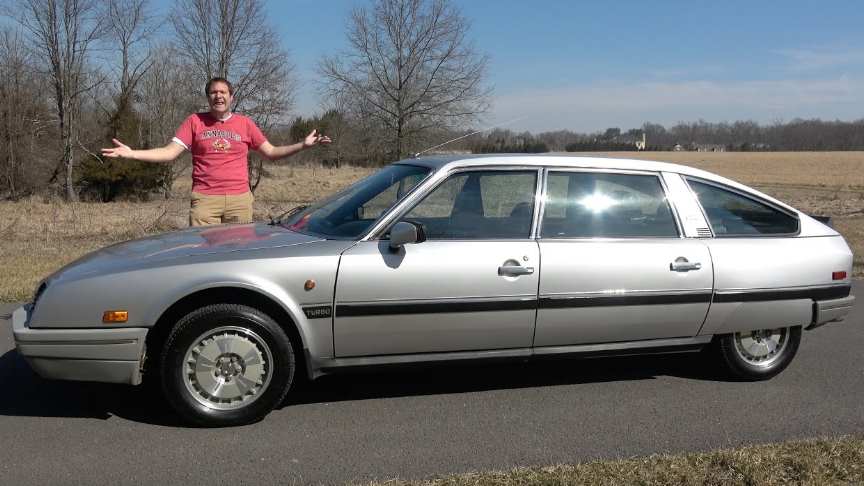 The CX is known for its hydropneumatic self-leveling suspension system, and its low coefficient of drag, underscored by its nameplate CX, which references the aerodynamics symbol CX for drag coefficient.

Originally, the CX was developed as a rotary-engined car—with several negative consequences. Production versions of the CX were powered by a range of inline four cylinder engines – only the very rare 122 kW (166 PS) GTi Turbo (1985–89) ever had the engine power to match the capabilities of the chassis.via: wikipedia