A massive thank you to Citroen for organising the delivery of the GT in Paris for us to see on the channel! This car was designed originally for the game Gran Turismo back in 2008. It is an electric supercar in the game, but as you’ll see, there are some differences in real life!! Probably the best sounding car I’ve ever come across.//Supercar Blondie 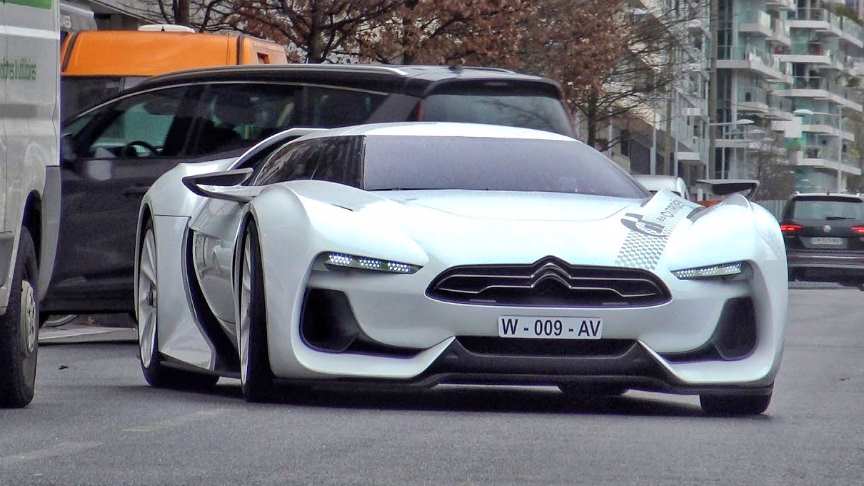 The real car uses a modified version of the Ford Modular V8 petrol/gasoline engine, producing 646 hp.The car’s weight is 1,400 kg.The GTbyCitroën has flowing, taut lines, stretched to the extreme. The cleanly drawn sides, ribbed at the top, and the pearlescent shade of the bodywork enhance the car’s powerful look.

The GT by Citroën concept car was specially created, designed and produced for the video game Gran Turismo 5 and was included through download in its initial version Gran Turismo 5 Prologue.

Its designer came up with the project and sold it to both Polyphony Digital and Citroën.The cabin of the GTbyCitroën is designed to seat a driver and co-driver. It combines rich, premium materials with a high-tech driving position, inspired by the world of motorsports.