Miele was a very successful, award-winning German company founded in 1899. They were well known for manufacturing domestic appliances such as vacuum cleaners and dishwashers in the late 1920s and then later turned to motorcycle manufacture in the early 30’s. 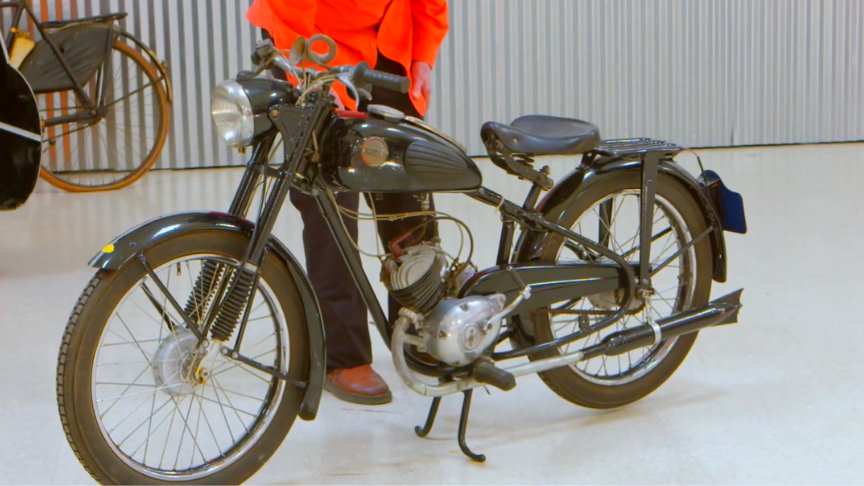 Fitted with the original speedometer, “modern” telescopic front forks and a Sachs two stroke engine with the two speeds engaged via a lever on the handlebars.

It is probably safe to say this bike lived up to the company slogan “immer besser” which translates to “always better”!It has a 98 CC Sachs single cylinder engine,pedal start with a top speed of 60km/h

Miele’s had a reputation for being real lightweight yet high quality and this one in our museum is no exception!