VW-Porsche 914 is a mid-engined sports car designed, manufactured and marketed collaboratively by Volkswagen and Porsche from 1969 to 1976. It was only available as a targa-topped two-seat roadster powered by either a flat-4 or flat-6 engine. 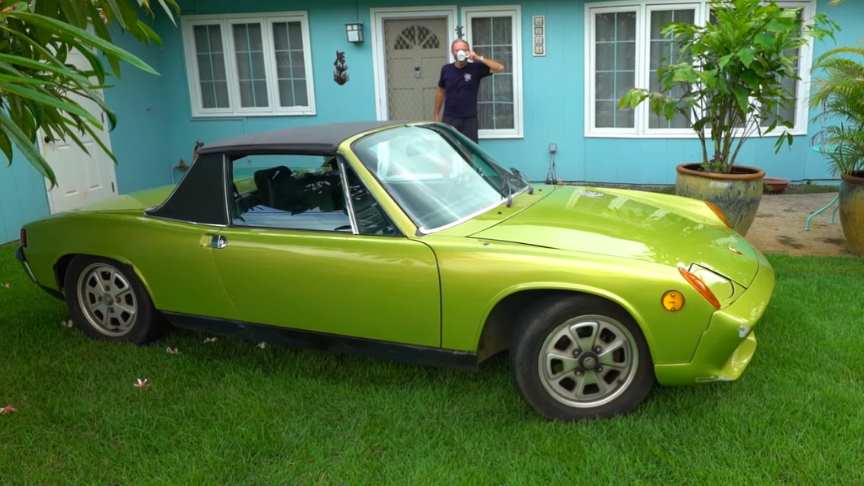 A CLASSIC 1973 Porsche 914 has been given a “new life” after its owner ditched the fuel tank to go electric. The Porsche 914 is a popular choice for conversions – its lightweight and relatively cheap.

Despite being one of the manufacturer’s least popular models, Mark Bush spent two years converting his Porsche, swapping out its engine and fuel tank for a HPEVS motor and 126v battery which produces 92hp.

Under the hood there are 12 batteries snug in a battery box he designed himself and had a friend fabricate for him. It’s made mostly out of plastic with aluminum brackets and runs about three feet across the width of the car.//Barcroft Cars