I developed an experimental cement from made only from re-fired wood ash as its cementitious material. It was mixed with crushed terracotta as an aggregate and formed into a cube. The cement set hard after 3 days and did not dissolve in water after this period. Process: First I burnt bark and leaves in a kiln at high temperatures to produce well burnt, mostly white wood ash. 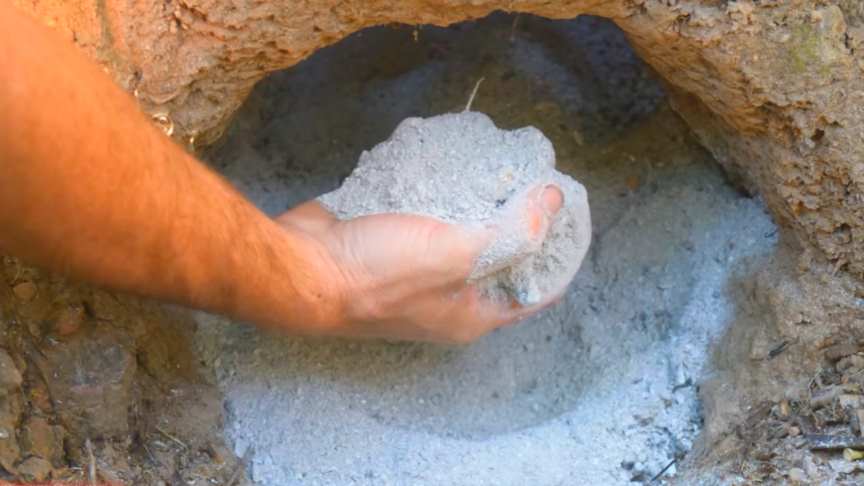 The ash was then mixed into water and stirred well. The excess water was poured off and the resulting paste was made into pellets and allowed to dry. A pellet was then re-heated in the forge until it glowed about orange hot. This was then taken out, cooled and dropped in a pot of water. The pellet dissolved and boiled due to a chemical reaction with the water.//Primitive Technology

The paste was stirred and crushed terracotta (old tiles from previous projects) was added and mixed to form a mouldable mortar. This was formed into a cube and allowed to set for three days (in the video, a cube made exactly the same way 3 days previously was used due to time constraints).

The resultant cube was strong and made a slight ringing sound when tapped with a finger nail. It was placed in water for 24 hours to simulate a very heavy rain event and did not dissolve or release residues into the water.via/read more: Primitive Technology