FROM a standstill, this is the fastest pickup truck in the world. It was originally built in the ‘90s by a man called Les Shockley and has been passed from him, to Hayden’s father to Hayden. When Hayden acquired the truck he renamed it Hot Streak II. 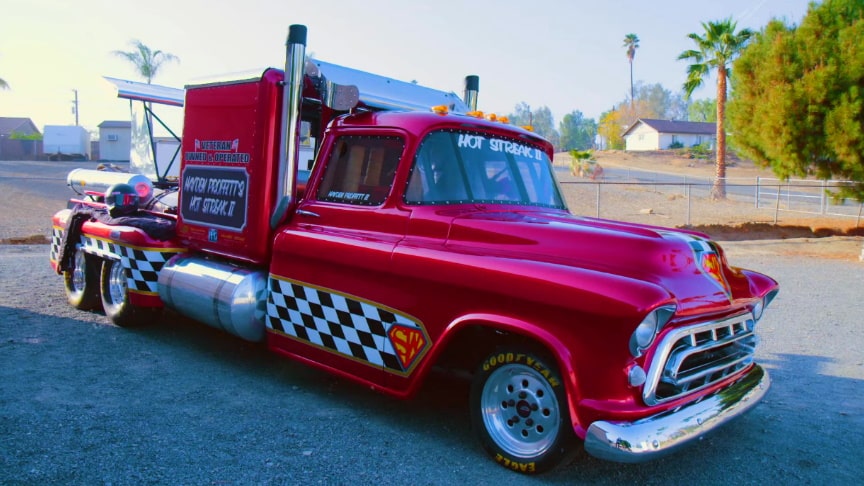 Hayden learnt the skills to look after this twin engine jet truck himself since, after leaving high school, he joined the airforce.

It sure is a lot to take care of, this 1857 Chevrolet, has 15″ wheels up front and back and salt flat land speed tires rated for crazy speeds, there are front wheel spoilers.

To stop the truck from taking off when it goes super fast and of course you can’t forget the parachute canisters, which fly out of the back catch air to slow the truck down abruptly. Hayden says: “It feels like it’s going to throw me through the windshield when the shoots hit.”/Barcroft Cars