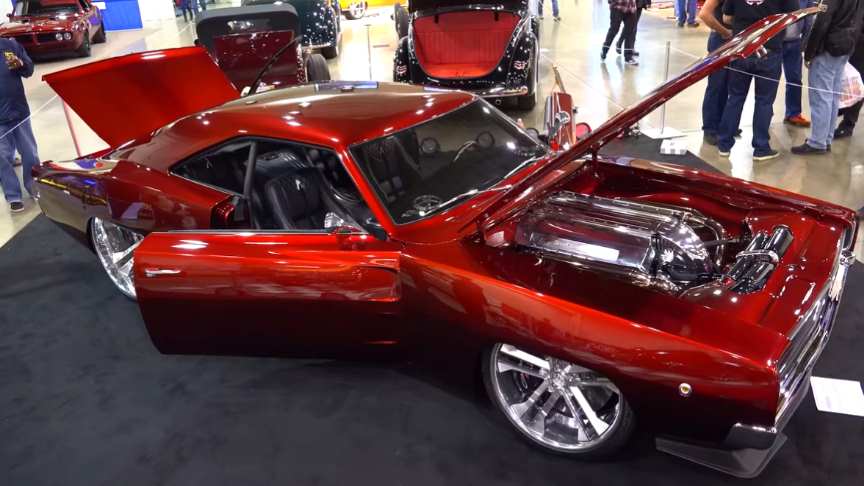 Total street machine styling.I mean this thing is low.Nasty and looks like it is going 200 mph just setting in the display at The Grand National Roadster Show 2018.The paint is a absolutely beautiful shade of red…And when you look up Cockpit in the dictionary.