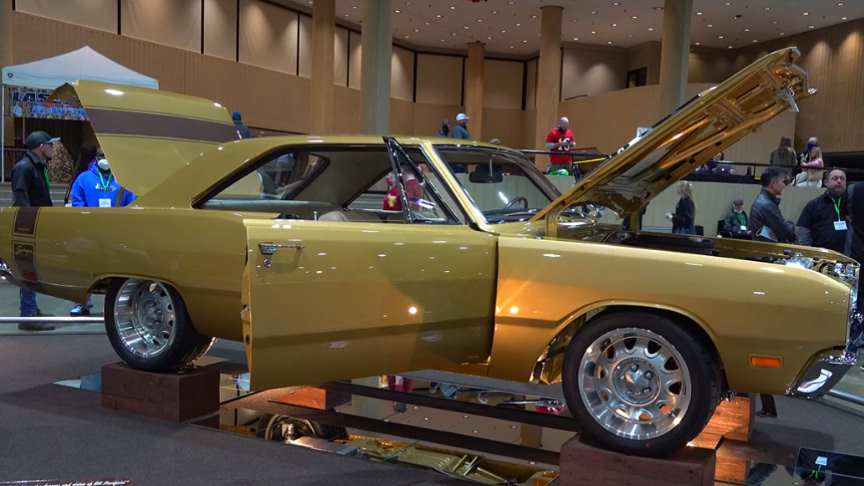 The car was bought new by the current owners back in 1969 and they have had it ever since.Covered in a gold color with a dark brown accent.Not a common color combo.But one that this 1969 Dodge Dart Swinger wears well.The interior is covered in a light beige leather and is custom.But not over the top.More like something that could have come from Dodge back in the day.

Works really well with the overall build and the colors of the rest of the car.Wheels are always a personal choice and no one set will please everyone..The wheel they chose to run on this 1969 Dodge Swinger from the 2021 World Of Wheels is something that could have come from the factory back in the day.

Only bigger and much nicer.A great choice in my opinion..Under the hood is the original 340.Although the install is much cleaner than what you would have got from Dodge back in 1969.Suspension has all been ungraded and finished to a very high level.It’s ready to cruise.. This 1969 Dodge Dart Swinger restomod is a cool car for sure./ScottieDTV