In this video from the 2021 SEMA Show held in Las Vegas NV, I catch up with this 1974 Plymouth Duster. I have been a closet Duster fan since I was a kid.I’m out now and like to shoot the cool ones I find.This 1974 Duster is covered in a bright orange paint with satin black accents. 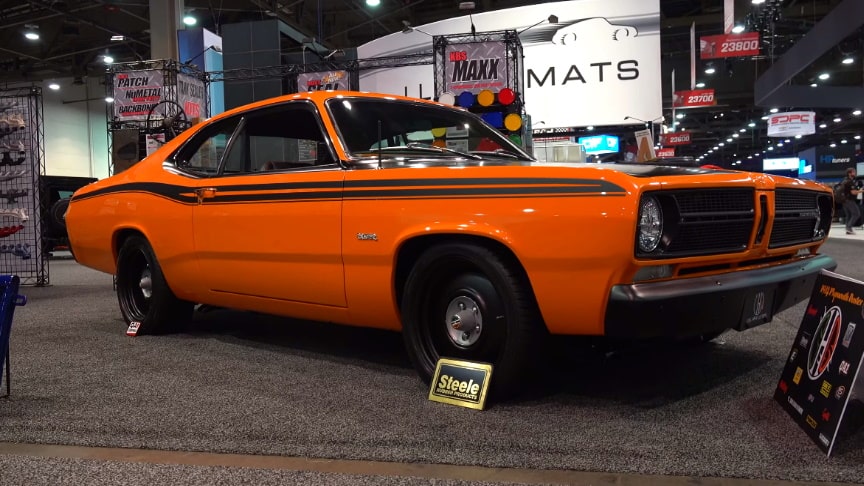 A aggressive look that it wears well.The interior has been upgraded to a modern look.Not a full blow custom leather interior.But some nice over the counter seat covers on some modern seats.Works well with the rest of the build IMHO.

Wheels are always a personal choice and no one set will please everyone. This 1974 Plymouth Duster from the 2021 SEMA Show was built to drive and the wheels play into the aggressive look of the rest of the car.Black steelies.

You really can’t go wrong.Under the hood is a cleanly installed Gen 3 HEMI. The suspension and brakes have all been upgraded.Like I said I believe this 1974 Plymouth Duster from the 2021 SEMA Show was built so it can be driven daily. I know if I owned it.I would!!.Very cool for sure./ScottieDTV