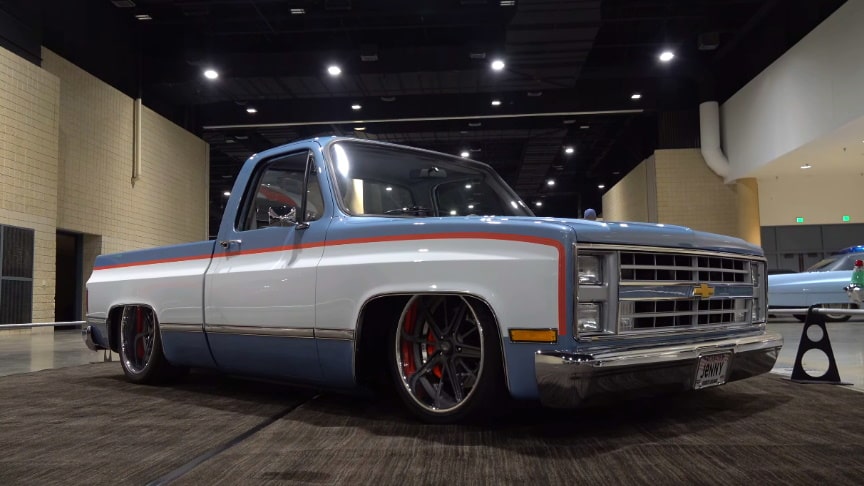 Both colors available back in the 80’s, separated by a custom mix orange stripe.Very clean.Nothing crazy.But a cool, clean look.The interior is custom but has the look of something that you could have ordered from the factory back in 1985.Much cleaner and cooler.But it still has a OEM look.Wheels are always a personal choice and no one set will please everyone.

I think that Goolsby nailed the stance and wheels choice.The only air on this one is in the cab.This 1985 Chevrolet C/10 Street Truck is on coilovers and this in where it rides.Under the hood is a cleanly installed LT1.This 1985 Chevrolet C/10 sets on a aftermarket chassis with all the latest and greatest parts to give it the ride of a sports car.

Jonathan tells Me He built this truck like He has always wanted one but hasn’t had the time to build for himself.I would love to win it.Maybe you can!?!? The 1985 Chevrolet C/10 Street Truck 2022 Goodguys Rod & Custom Association Giveaway Truck from the 2022 World Of Wheels Birmingham AL.//ScottieDTV