In this video from the National Corvette Museum in Bowling Green KY I stopped in to check out the Ed Big Daddy Roth exhibit they had for there for several months…Ed Roth was known for creating over the top custom cars that He used on His T-shirts and were later made into model car kits that young kids bough all over the world. 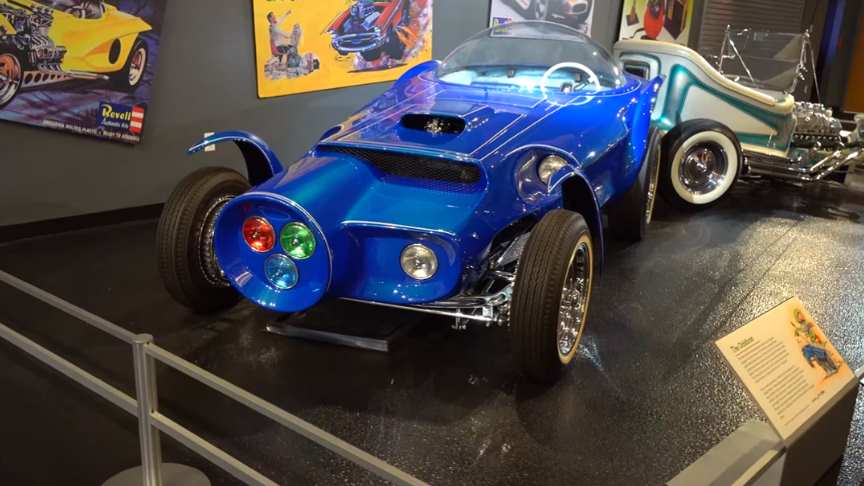 On My visit to the National Corvette Museum I shot several videos of this exhibit.One was a overview and the others like this one is a closer look at the Ed Roth Cars that were on display.Orbitron is a car with a interesting history and a car that Ed considered a failure.

Orbitron is one of the few Ed Roth builds where the engine and a lot of the chrome work was covered up by body work.When You see it today it looks like a cool custom car from the 60’s.The car has been redone a few times and was last found rotting behind a adult bookstore in Mexico. It is now been restored to all its original glory.

One of the coolest features is the three color light on the front that was designed to create a bright white light.The engine was a leftover from one of Roth’s 1955 Chevrolets, having been removed to make way for a then-new Mark IV big-block given to him by General Motors. The Ed “Big Daddy” Roth custom car Orbitron is a cool part of custom care history..I was very honored to be able to capture it.I know You’re going to enjoy seeing it.Check it out!/ScottieDTV