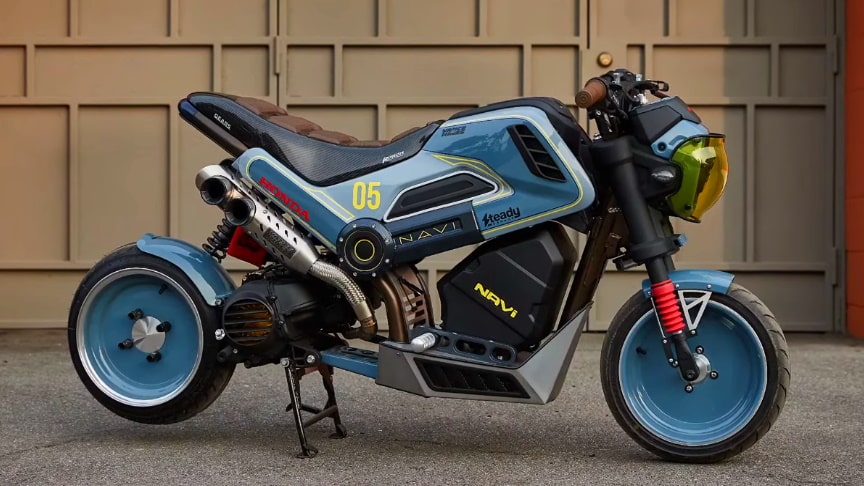 Constantly inspired by visual artists like Syd Mead and sci-fi films such as Bladerunner and Tron, the design team had pod racers and spacecrafts in mind when creating Navi Scape. The inclusion of LED lighting only added to the cosmic theme, reminiscent of films such as 1988’s AKIRA which we have drawn inspiration from in the past. 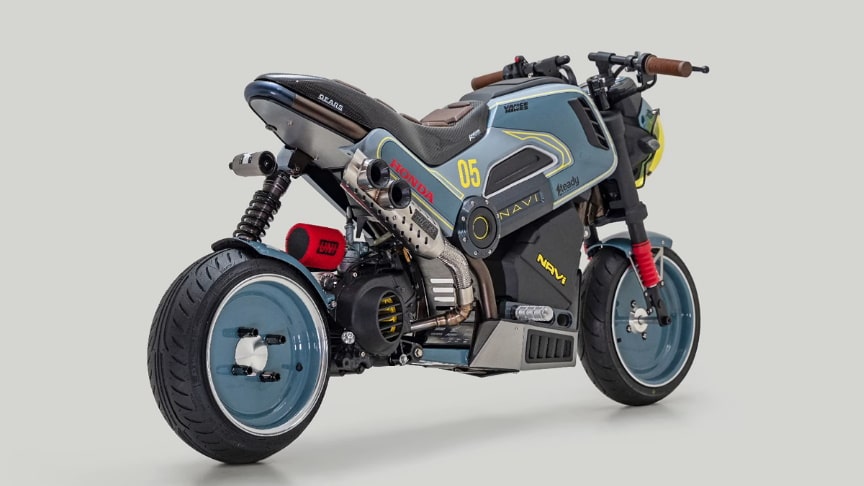 While experimenting with the color palette we discovered that the solid blue-ish, grey tones with neon yellow accents really brought this outer space concept to life, conveying an intercosmic dimensionality.Eliminating some fairing panels resulted in a slim, sleek profile and an exposed frame which we powder coated statin bronze to contrast the blue hues. We added an integrated diamond tail light and clip-on handlebar set up to enhance the overall look and feel of the bike.

With the stock Navi’s narrow front end and short wheelbase it took some work and elbow grease to fit the 12” hotrod-inspired dish “smoothie” wheels. However, the end result was well worth it, giving the “Navi Scape” a more aggressive, racing-inspired stance and a futuristic style.

The challenge was integrating the fabricated bits such as the custom headlight plate and aluminum belly pan to feel cohesive with the rest of the build, aiming for a true OEM+ look. We wanted every component of the “Navi Scape” to feel intentional and natural. In other words, we wanted to show the full potential of what a Navi can be.