BUILT from scratch in honour of the legendary Chevy Blazer, this super whip AKA ‘The Bulldog’ was designed and built by Randal and his team in Coeur D’Alene, Idaho. 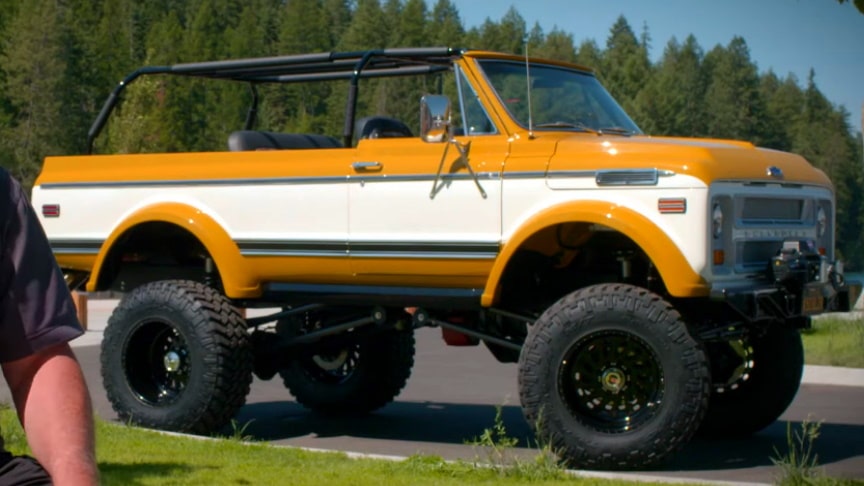 The supersize SUV is modded after the blazer making it a pretty desirable piece for any budding car enthusiast – although without putting a full stop on anyone’s dreams to purchase it; it’s the only one of its kind.

Built from the ground up and consisting of a 5.9L Cummins engine, 550hp, 40 inch tires and a whopping 5,511lbs in weight, it’s sure to turn the heads of passers by wherever it pulls up.Costing over half a million dollars and countless hours to make, Randal says he has never loved driving anything as much as this absolute beast of a motor.

Randal said: “I really try to make everything look GM built by using a lot of GM parts. I love driving this thing. I can’t think of anything else that I’ve built that I love driving more than this right here. It’s very stimulating to be able to craft trucks like this.”//Barcroft Cars