A RENOWNED automotive artist has built a $500,000 motorhome that you can drive from the roof.Inspired by the 1980s sci-fi space traveller Flash Gordon, Randy from Oregon, spent over $100,000 in parts and 6,000 hours in manpower on the stylised mobile home – the Decoliner. 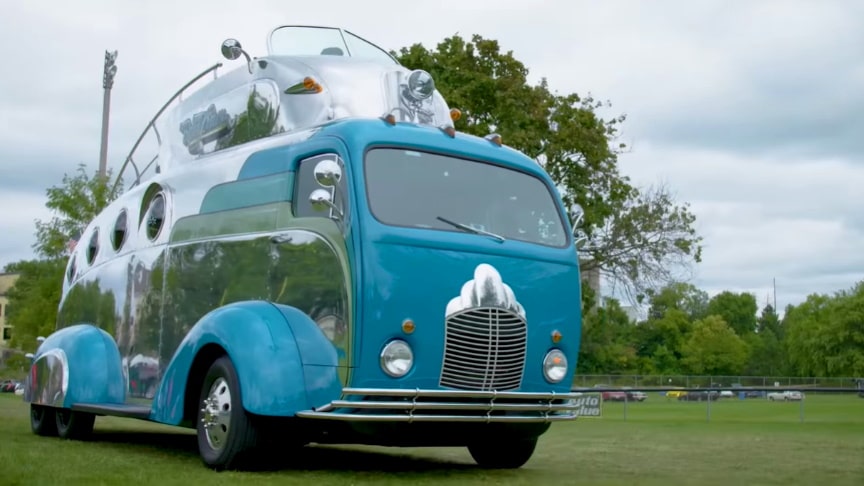 Using the chassis of a 1973 GMC motorhome which sports a front-wheel drive, it allows enough space to stack the vehicle as a double decker and for an additional driving position on the roof.

The minimalist interior is inspired by both early passenger aircraft as well as the 1950s-style Airstream campers. Up front, the original truck cab was retained with some subtle custom work.

Randy told Barcroft TV: “I always get asked ‘is that legal?’ Well, it’s not illegal.” The result is a striking double-decker with a flybridge similar to what you can see on yachts and smaller power boats./Barcroft Cars