WHY slam this ride? ‘Why not?’ said Jake, of Choctaw, Oklahoma. Jake has been slamming vehicles for years and took on the challenge of a 2020 Chevy Silverado. 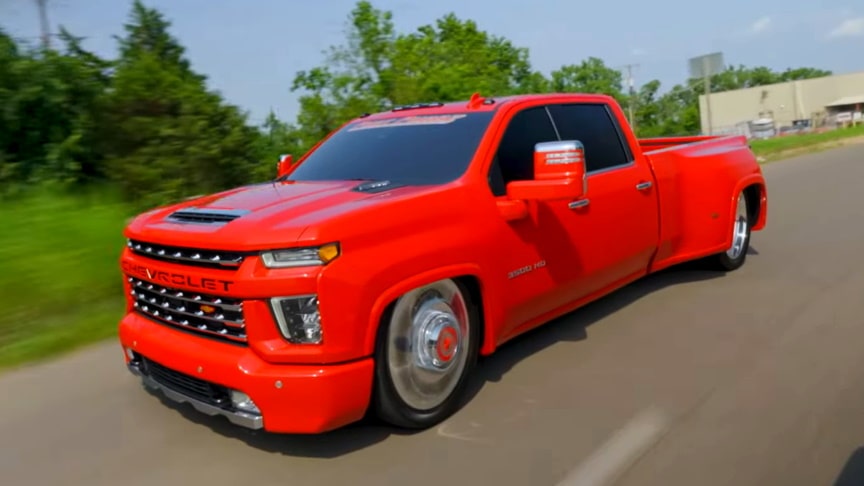 It took four months but the hard work paid off and the truck still does what it was intended to do: haul./Barcroft Cars

All four corners of this ride are on a nine-inch airbag and there’s two five-gallon tanks on the truck that hold on-board air as well as four compressors pumping air into the tank.

With three different pre-sets, this truck can go low, middle and all the way up. For Jake, it is an amazing ride. He said: “It runs down the highway and attracts attention everywhere it goes.”Barcroft Cars