AN AMBITIOUS mechanic has created the first ever street-legal, amphibious car – from a helicopter.Jeff Bloch also known as SpeedyCop spent 3,000-hours transforming a real Vietnam attack helicopter into the “SpeedyCopter”. 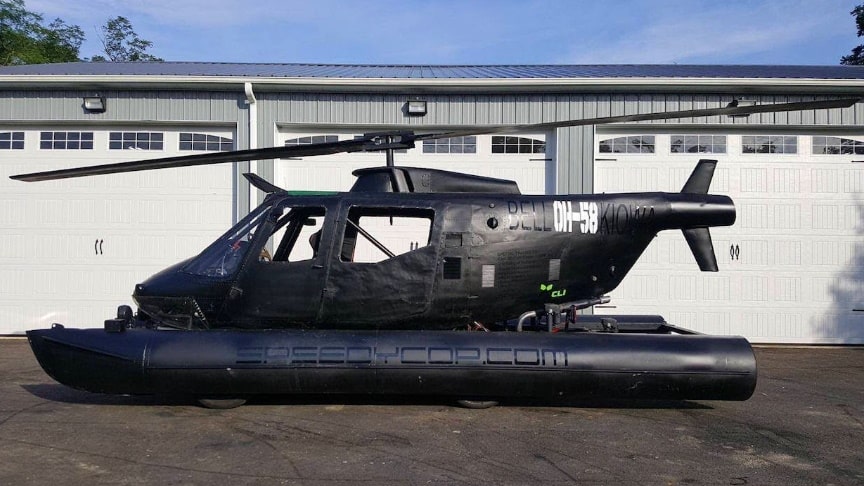 Jeff Bloch, aka Speedycop, spent 3,000 hours converting a Vietnam attack chopper and an 86 Toyota chassis into the most unique, but practical, vehicle.

In the summer of 2016, Jeff and his team worked over the course of six months at his home in Southern Maryland, USA, and successfully built the unorthodox ‘Speedycopter’ that can operate on land and water.

The helicopter car is powered by a 2002 Audi Quattro V6 engine, and the completed vehicle can reportedly do 0-60mph in an impressive eight seconds. This former aircraft had been rendered perfectly road-legal and was amphibious, which made it the first vehicle ever to have traveled by air, on the road and by water./Barcroft Cars